The spooky stories sound like something out of a Lord of the Rings chapter.
Great view for sure. 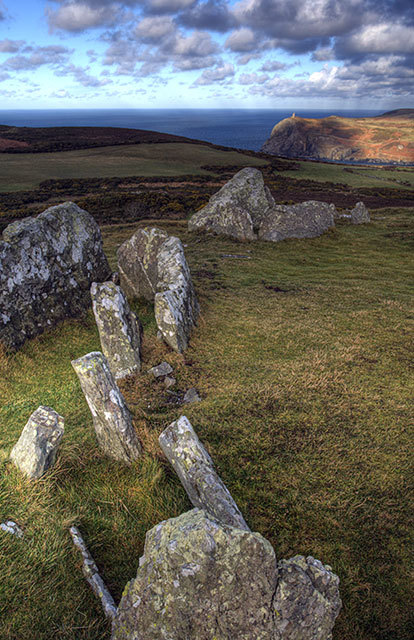 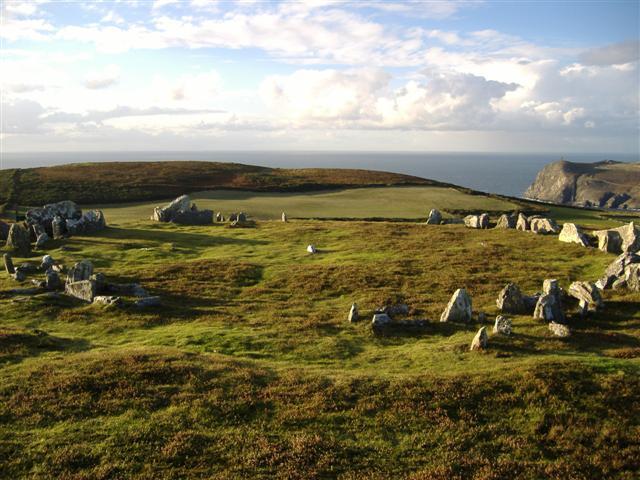 Meayll Hill (Mull Hill) is not a true stone circle, but a unique group of Neolithic chambered tombs built around 3500 BC. These tombs are characteristic for Neolithic farmers in the British Isles, but the arrangement of 12 of them in ring formation is very unusual and no one knows why they were arranged this way. A group of stone foundations of Neolithic huts can be found nearby to the east with an ancient pathway running between the two sites.
According to local lore, some visitors have had unpleasant paranormal experiences at Meayll Hill, including the feeling of sudden disorientation. Others have seen unexplained moving lights and heard strange sounds, like the cadence of invisible horses trotting or galloping by. One tale says that a phantom army of horsemen has been seen riding along the circle.
The site is located just outside the village of Cregneash at the southern end of the Isle of Man, in the Irish Sea between England and Ireland. 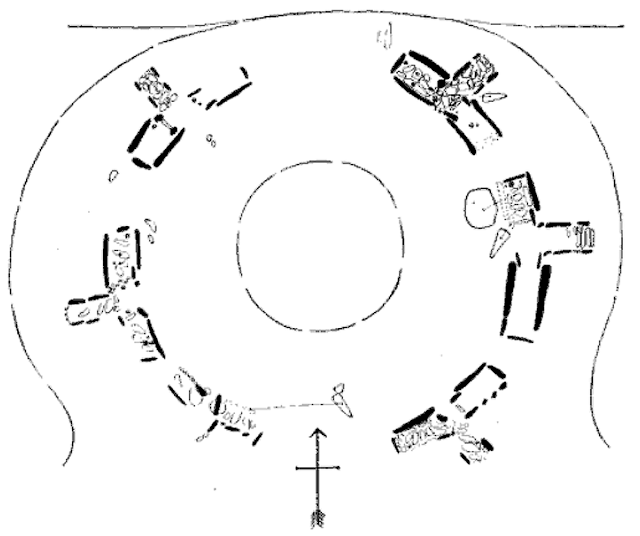