CW declares the drought over. There, Governor Moonbeam, one less thing for you to worry about. 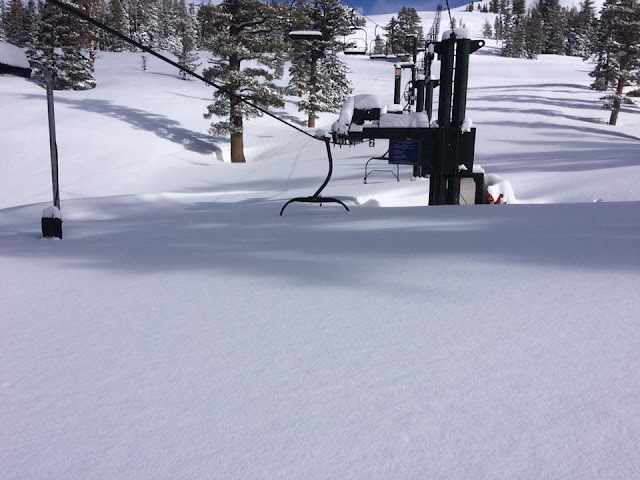 In the Lake Tahoe region, it has been the snowiest January since 1952 in Tahoe City, California, with 135.5 inches. Last winter, the seasonal total from July 1, 2015 through June 30, 2016 was 140 inches, only 4 and a half inches more that what has fallen just this January.
At Squaw Valley, California, more than 8 feet of snow fell Jan. 19-24 at 8,000 feet, bringing the seasonal snowfall total to 378 inches. That snowfall total, if it was the end of the season, would be higher than four of the last six seasonal snowfall totals. We still have 4 to 5 more months to go in this year's snow season.
Some ski resorts have even had too much of the drought-busting powder, enough snow to completely bury entire ski lifts and even close the slopes. 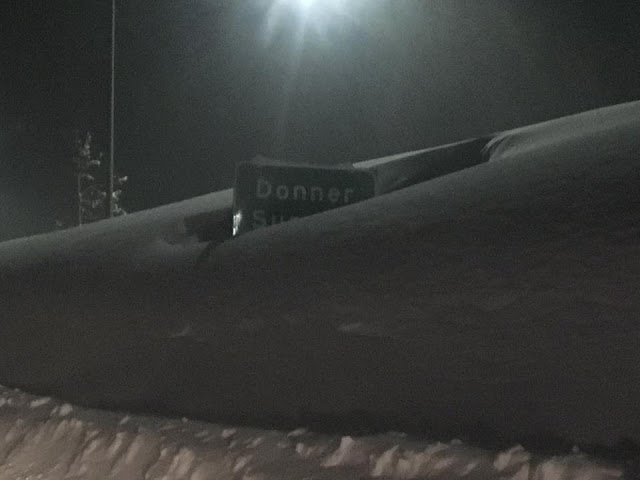 From Jan. 1-24, Mammoth Mountain received 245 and a half inches of snow. That crushes the previous monthly snowfall record of 209 inches set in December 2010.
For perspective, over the last 48 snow seasons, Mammoth has received an average of 65 inches during the month of January.
The January snowfall total so far tops 11 other seasonal snowfall totals dating back to 1970. That includes the recent drought-ridden 2013-14 (238 inches) and 2014-15 (176 inches) snow seasons.
Mammoth cabins buried by snow 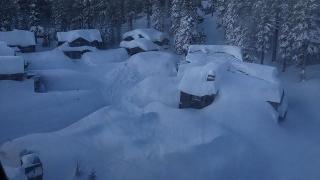 The first 24 days of January were the wettest such period on record in Bakersfield and Sacramento, California, and the second-wettest in Reno, Nevada, and San Francisco, according to the Southeast Regional Climate Center.