Thirteen years. That is how long NASA’s Opportunity rover has now been exploring Meridiani Planum on Mars; not bad for a robot which was designed with a hoped-for nominal 90-day mission.

Everyone always says the Japanese, Germans and Chinese are the ones who know how to build things, but only the country that uses English feet, yards and inches to measure things have landed successfully on Mars, and put a man on the moon. 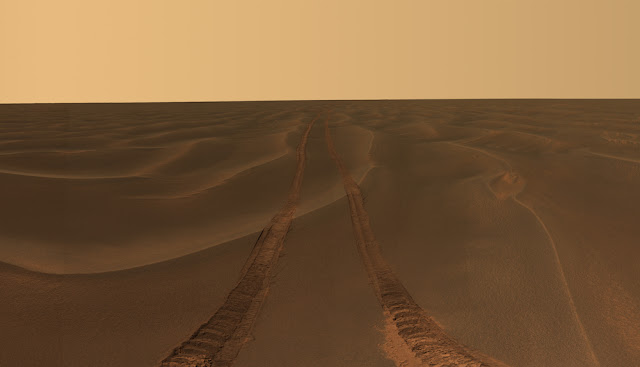 Most recently, the rover has been examining Marathon Valley, a large cut through the Endeavour crater wall
Now, the rover is heading toward a gully on the inside of the rim, a bit farther south from where the rover is now. That gully is thought to have been carved by running water millions or billions of years ago, according to mission scientists, and is about the length of two football fields. Gullies such as this have been seen in many locations on Mars, from orbit, but this is the first time that one will be examined up-close on the ground. It is another significant achievement for the mission. 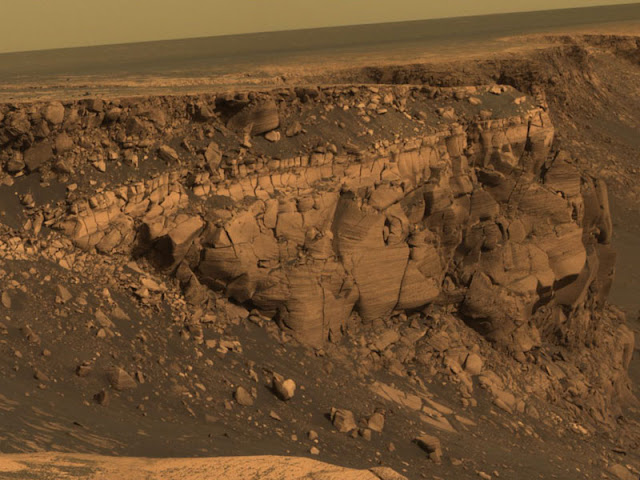 The trip to the gully is part of a two-year extended mission for the rover, which began last Oct. 1. Opportunity’s prime mission ended in April 2004, and has been extended multiple times since then. 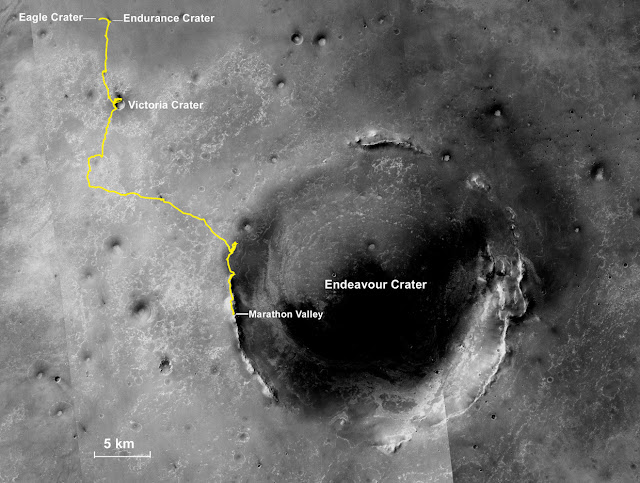