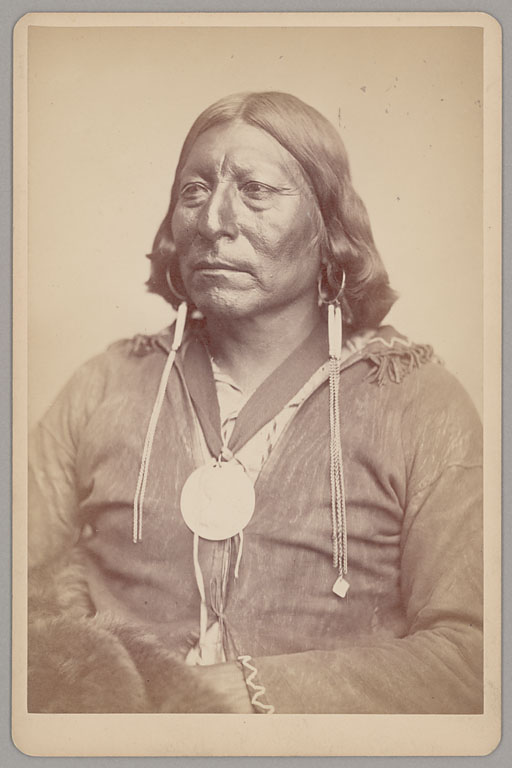 Woman´s Heart, or Miyetane in the Kiowa language, was of the Kivep or Big Shield band of Kiowas.

He signed the Medicine Lodge treaty of 1867 (but never respected it);In 25 December 1868 he fought against colonel Evans in the Soldier Spring (Oklahoma) battle;In 21 November 1873 he participated to the murderer of Jacob Dilsey near Cottonwood Groove, on the Canadian River (Oklahoma).He was one of the major hostile and fighter chiefs in the Red River war of 1874-75.
He is listed on the 1879 census, along with a wife and a minor daughter.