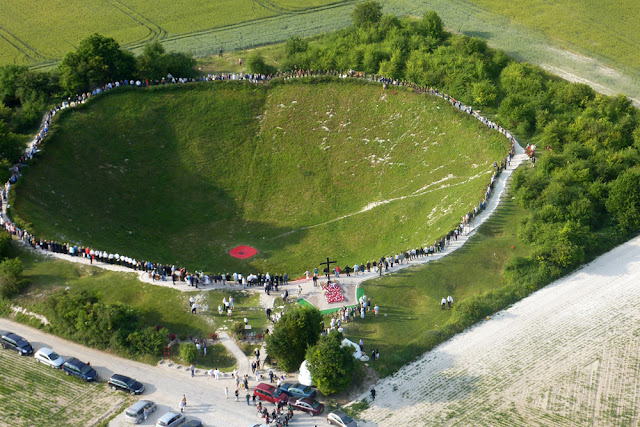 Mining and planting explosives underneath enemy trenches had been a facet of WWI from very early in the war. The greatest of these mining operations was the one that took place on 7 June 1917. This operation involved 21-26 (depending on what you consider to be the same operation) separate mines filled with over 400 tonnes of explosives and is believed to be the largest non nuclear explosion ever made by man. Though only 19 mines blew, it is estimated that the Germans suffered around 25,000 casualties, with 10,000 instant deaths. This explosion was so great that there are hundreds of reliable reports of it being heard in London, and scientists would later mistake it for an earthquake. Pictured above is the largest of the craters left behind after this explosion. Also of note is that one of the mines remains unexploded to this day and consists of around 22 tonnes of explosives. An occupied farm sits above it to this day.