Has anybody heard of this dutch oven food before?   Over at Every Day Dutch Oven, there is a recipe that looks to me like something I'm absolutely going to do this weekend, especially as the wife has a cold and doesn't really want to cook.

This one has a history behind it, described thusly:


"Eating black-eyed peas on New Year's Day for good luck in the coming year is a Southern tradition.  As luck would have it, during the Civil War when Sherman raided the Confederate Army's food stores, his men left behind the salt pork and dried peas, just enough food for the Southern soldiers to survive the winter.  For the ultimate in good fortune, one must eat exactly 365 black-eyed peas, one for each day of the New Year."

Well, I'm likely to add a bit of garlic, a spot or two of Yucateco Sauce, and to eat more than 365 black eyed peas, for sure.

Check out how tasty this looks. 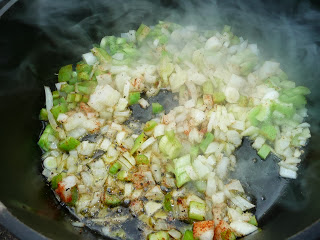 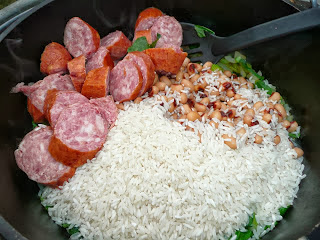 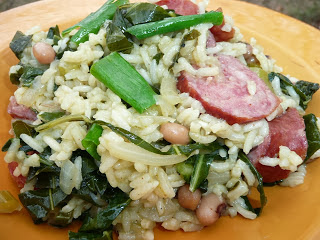