Third Largest Diamond Ever Dug Up In Botswana 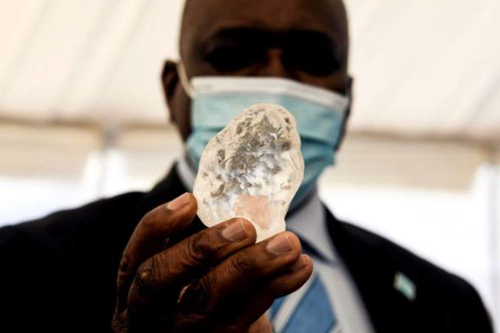 An enormous diamond has been unearthed in Botswana, according to a series of tweets by the Botswana government.

On Wednesday, the government of Botswana tweeted that 1,098-carat stone, believed to be the third-largest diamond ever found, was presented to President Mokgweetsi Masisi by Debswana Diamond Company's acting managing director Lynette Armstrong.

They gave it away?  To the government??

Masisi said the diamond would be sold, and "proceeds will be used to advance national development in the country." Sure.

He added, "Debswana should use this latest discovery as an inflection point, for the mine to use its technology to realize more of these large discoveries."  More free diamonds, please.