The youngest daughter is visiting, and she decided to go hike in nearby Lassen Park, and escape the oven like heat here in the valley.

In the north east corner of Lassen National Park there's a fresh cinder cone you can hike up, and nearby "painted" dunes.

Here are some images of the area.  Interestingly, the lava this cone spewed out plugged up a creek and created two lakes on either side. 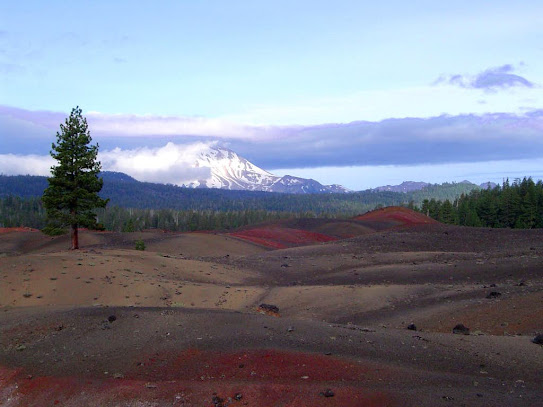 Lassen itself viewed over the painted dunes. 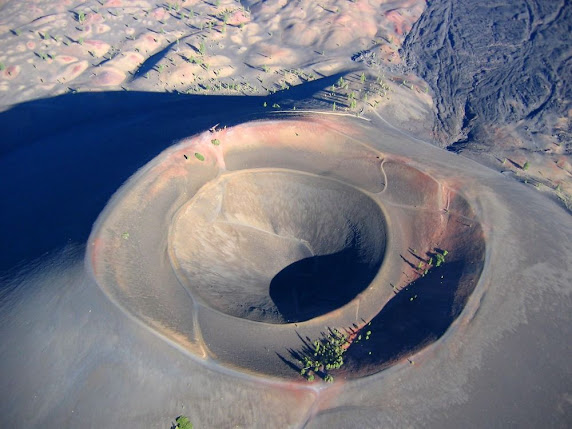 The cone.  Note the lava flow coming out of the base. 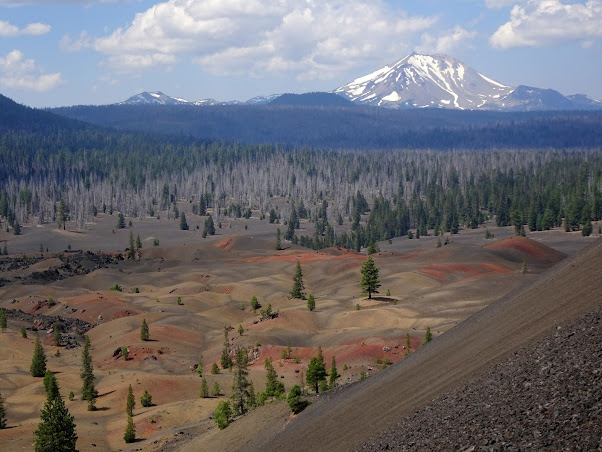 The painted dunes and mighty Lassen from the top of the cone.
She said the trail up the side of the cone was very steep and sandy, like walking on the beach.  Quite a stiff little hike. 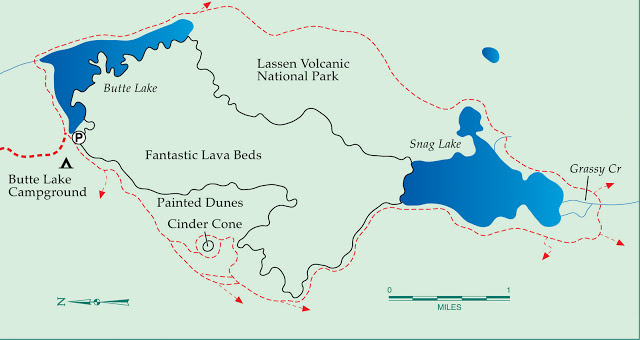 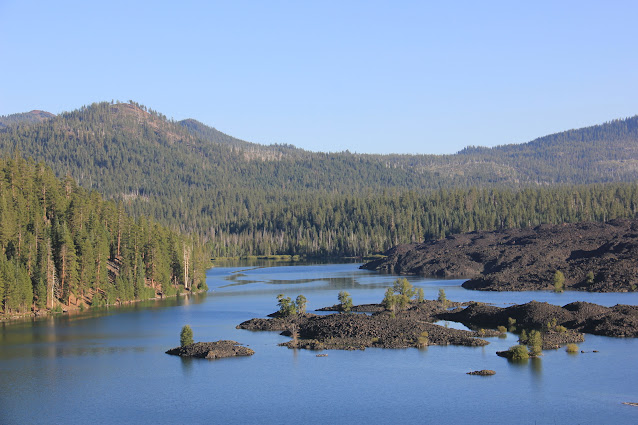 The lava flow into Butte Lake.  The Hawaiians would call that kind of lava A'a (ah ah).  A'a consists of rough, jagged, uneven pieces that tumble forward and over each other as the flow moves down the slope. 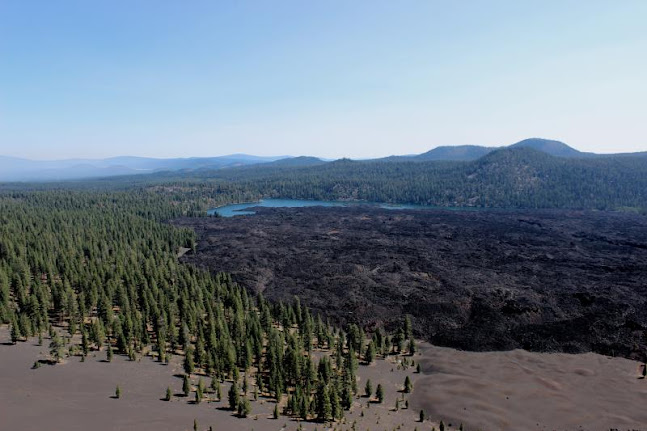 Nice contrast between the fresh lava and the landscape it covered up.
Posted by c w swanson at 5:07 AM