Having peripherally lived through some of this, I've ordered my copy. 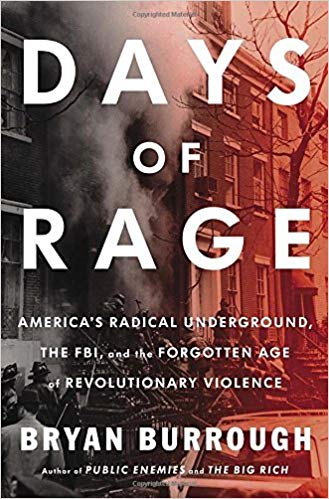 Gerard has a great post on the time, and how we have already forgotten how turbulent and violent it was.

Further, it illustrates the perversity of the Left, and teaches us what we can expect from them in the future.

A whole lot of what we see going on right now is made so clear.  What's old is new again.

People tend to think that the Right will be an awesome, horrific force in political violence. The SPLC’s donations depend on that idea. Righties tell themselves that *of course* they’d win a war against Lefties. Tactical Deathbeast vs. Pajama Boy? No contest. Why, Righties have thought about what an effective domestic insurrection would look like. Righties have written books and manifestos!

It’s horseshit.
The truth: the Left is a lot more organized & prepared for violence than the Right is, and has the advantage of a mainstream more supportive of it.
You think that’s unfair? Okay, well: imagine an abortion clinic bombing ring getting presidential clemency.
Imagine an abortion clinic bomber getting a comfortable job at an elite university.
Outrageous, right? No way the Right could get away with that. But the Left does! And the press gives them cover.