Found these for sale on Etsy the other day 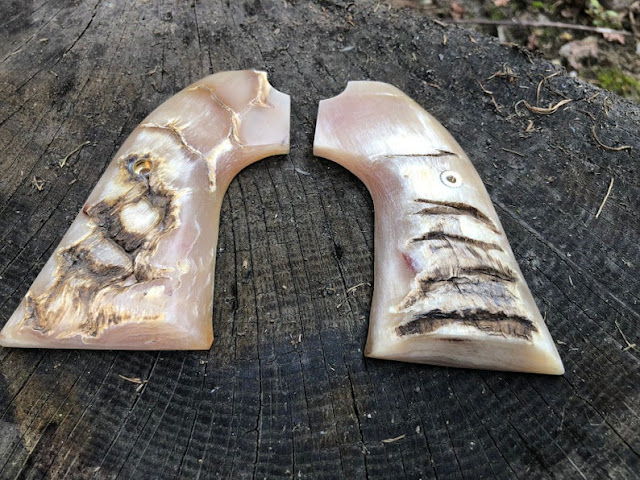 I still have it, and I've hoofed into some unusual placed carrying it over the years.

Usually for protection against two legged varmints, but I've only had to unholster it once.  I was down in a lonely, deep canyon prospecting a likely spot, and there came to my ears the sound of something coming down the gulch behind me that seemed large and heavy.  In addition, it seems to be coming fast, as if chased.  I imagined a deer followed by a mountain lion.

I ended up climbing up the side of the gulch to get out of the way, and pulled that old wheel gun out just in case.

Whatever it was smelled me just before making an appearance and stopped, then went back up the canyon.  It was probably a raccoon or an opossum.

It is surprisingly accurate if you hold steady and slowly squeeze off a shot.  Another time a buddy and I were standing on the Ward's Ferry Bridge, which is, shall we say, way back in there, and high above the Tuolumne River.  There happened to be something floating down the river that was white, and we both unholstered and took shots at it.  My then not so old Ruger plugged that slowly moving object first shot, impressing us both.

So, I'm going to upgrade the grips with these.  Some new clothes for an old friend.