Where I'm working now I've got a spectacular view of Mount Shasta. 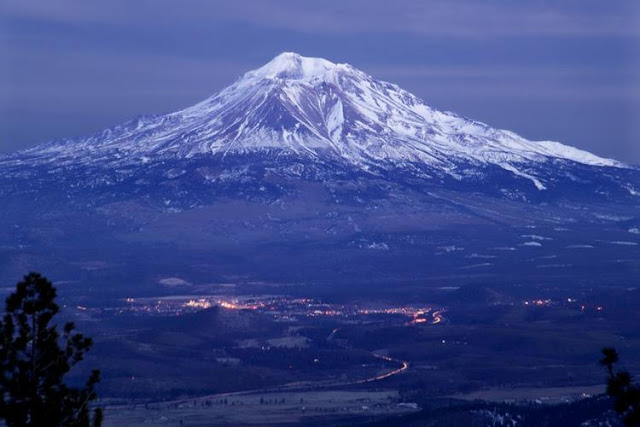 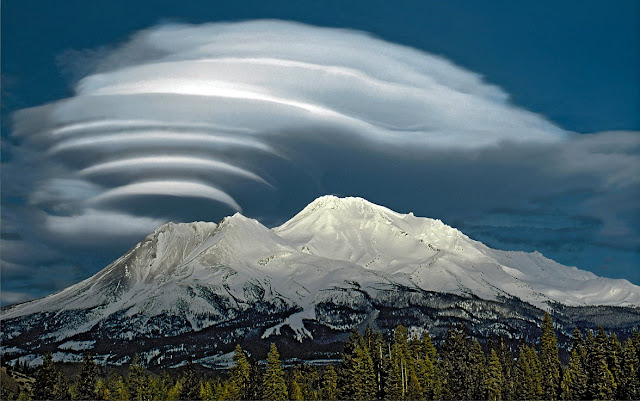 I just now discovered these interesting facts about the big volcano: In 2002, scientists made the first detailed survey of Mount Shasta's glaciers in 50 years. They found that seven of the glaciers have grown over the period 1951–2002, with the Hotlum and Wintun Glaciers nearly doubling, the Bolam Glacier increasing by half, and the Whitney and Konwakiton Glaciers growing by a third. 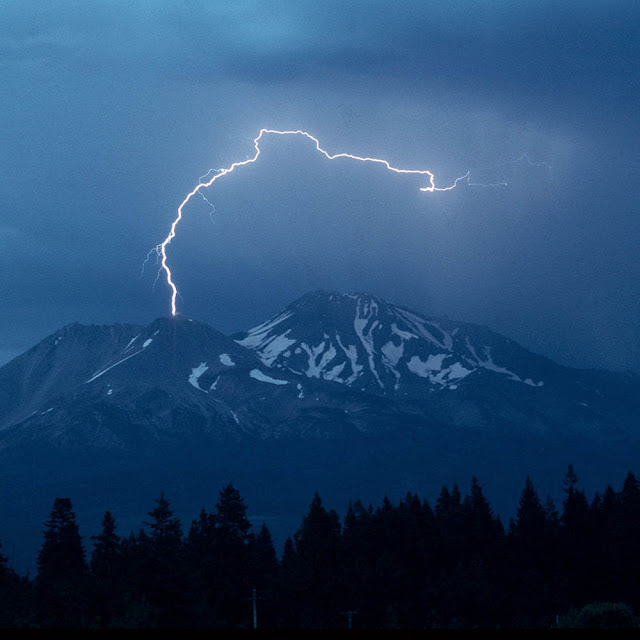