The treasure, which is over two thousand years old, consisted of 483 coins which were discovered near Manching in 1999.

Just to be clear, it wasn't me.  I did not steal the Celtic gold. 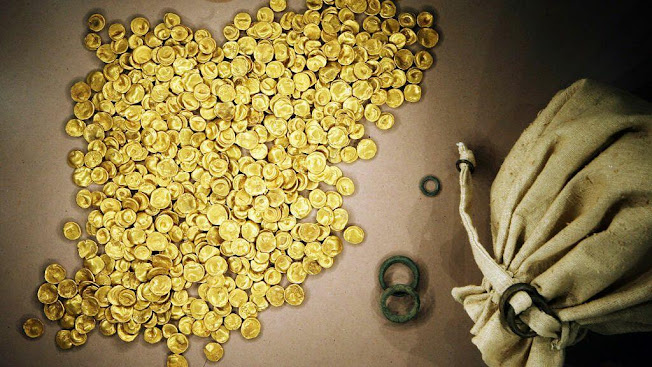 At 1:26 a.m., an outside door was pried open, said the Vice President of the State Criminal Police Office, Guido Limmer, on Wednesday in Manching near Ingolstadt. The thieves then stole the coins from two showcases and left the museum at 1.35 a.m. – after only nine minutes. -Die Welt (translated)

Investigators are also looking into whether the burglary was related to sabotage at a local phone distribution branch in Manching located around 1km from the museum, which paralyzed the telephone network and the internet, thus preventing the alarm system from notifying authorities.