The Anatolian leopard, which was believed to be extinct in Turkey since 1974, has been seen again, beginning in 2021.

Despite having the broadest distribution and dietary range of the 36 cat species, the leopard is listed as endangered on the International Union for Conservation of Nature (IUCN) red list.

In Turkey, the Anatolian leopard was assumed to be extinct due to large-scale poaching, by 1974.

However, a campaign was launched to protect and save whatever leopards might still be in the country.  It appears the leopards are trickling back in, to prey, undoubtably, on lonely villages, stray children, and wildlife biologists distracted by their cameras. 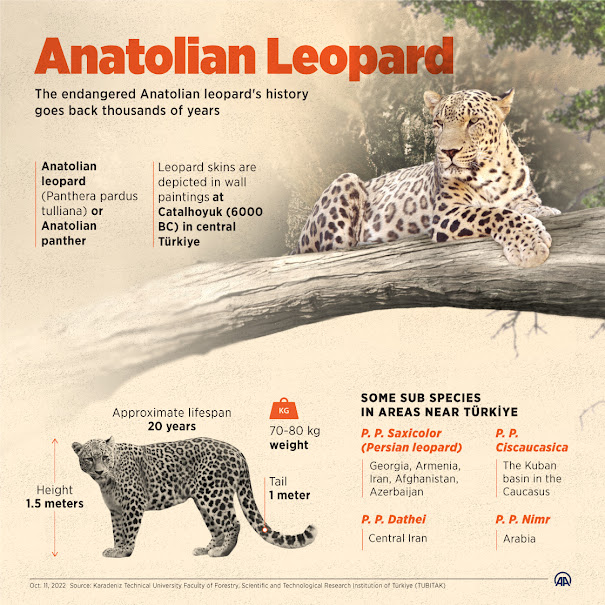