Next up for the LA invasion:  wolves!

The Los Angeles Police Department responded to the area of Gretna Green Way and San Vicente Boulevard in the Brentwood neighborhood about 10 a.m. Thursday morning on a report of a mountain lion sighting.

The officials were able to shoot the mountain lion with tranquilizer darts at least three times, but it fled before they could capture it. 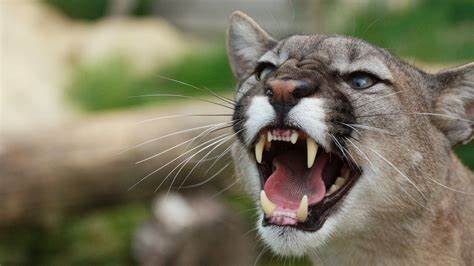 The cougar was located in a wooded area near the Brentwood Country Club golf course, and officials pursued the animal until it was cornered in the back yard of a home, where it was again tranquilized and taken into custody just after 4 p.m.

Fish and Wildlife officials said the mountain lion would be relocated to the Angeles National Forest.

Bet that cat had a splitting headache the next morning.