All humor aside, I'm continually amazed at the artistic quality of stuff like this, 2700 years ago.

The statue was found in 1880, in Lower Egypt, on the hill of Kom-Toruga, near Lake Mariut, south of Alexandria. Late Period, end of 25th Dynasty, ca. 670 BC. It had ritual, votive, and funerary functions.The statue is depicted striding soundly with its two feet; the left foot is forward in a walking stance, indicative of movement and energy. The left arm is bent under the chest and most likely held a hieratic scepter. The right arm, extended closely against the body, held the menit (musical instrument and necklace). The scepter and the menit make clear her priestly status and her high social position and were the symbol par excellence of priests from the higher social classes. The long, diaphanous robe, which is decorated all over with incised patterns that were filled with precious metal wires (technique of damasking), accentuates the beautifully shaped, sensuous body. The decoration is divided into fine horizontal bands, which alternate with four thinner strips at the midsection, the pelvis, the thighs, and the knees. The first band, which covers the torso, is wider. The bands are decorated with representations of divinities from the Northeastern area of the Nile Delta (the homeland of Takushit), while the strips are filled with hieroglyphs that communicate prayers to the said divinities.Her name means “the Ethiopian” and possibly refers to a family connection to or a marriage with an Ethiopian. According to the inscriptions that the statue bears, her father was Akan II, the Great Chief of the Libyan tribe Ma, and her office was of priestess “waab” (pure-chaste priestess), which according to the religious hierarchy was the lowest priestly title. 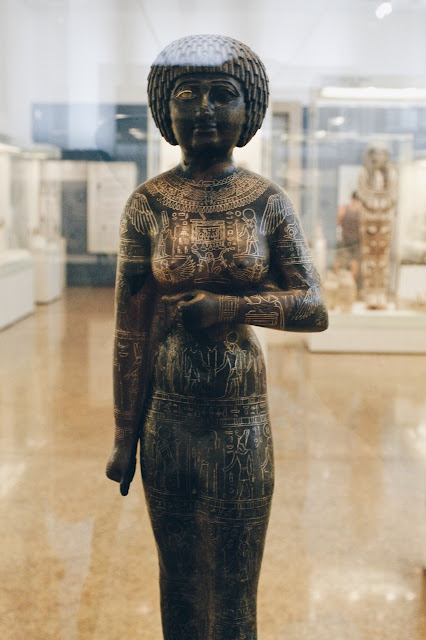 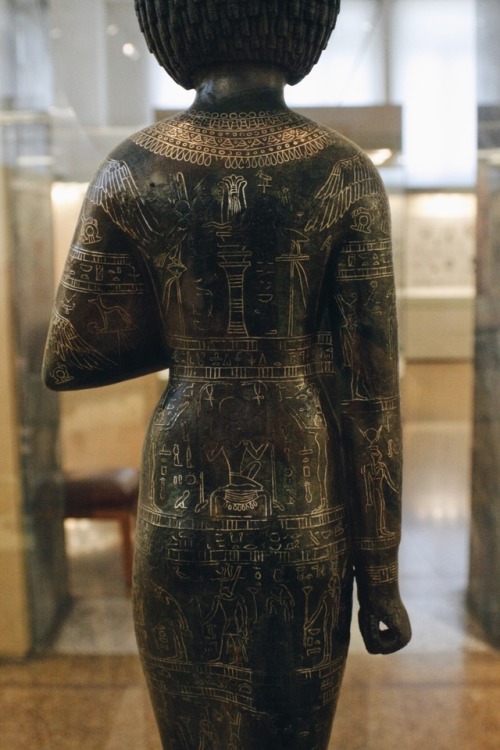 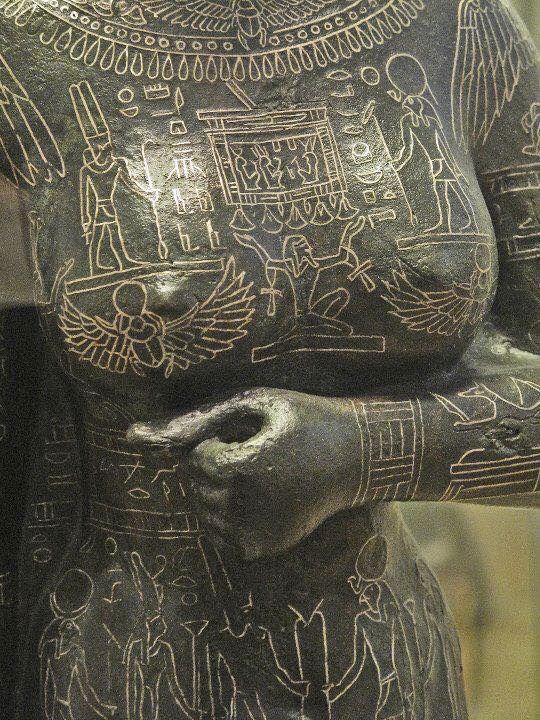