These things are peppered all over the UK: The King's Men Standing Stones. 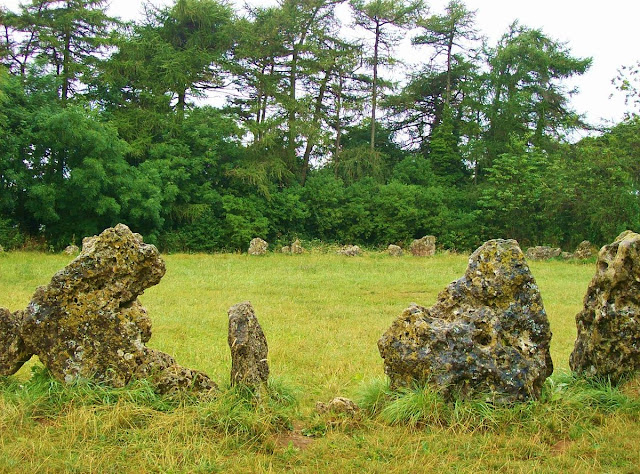 The King’s Men are part of the Rollright Stones, a complex of three Neolithic and Bronze Age megalithic monuments near the village of Long Compton, on the borders of Oxfordshire and Warwickshire. Constructed from local oolitic limestone, the three monuments now known as the King’s Men and the Whispering Knights in Oxfordshire and the King Stone in Warwickshire, are distinct in their design and purpose, and were built at different periods in late prehistory.
The King’s Men is a a stone circle which was constructed in the Late Neolithic or Early Bronze Age; unusually, it has parallels to other circles located further north, in the Lake District, implying a trade-based or ritual connection.
By the Early Modern period, folkloric stories had grown up around the Stones, telling of how they had once been a king and his knights who had been turned to stone by a witch; such stories continued to be taught amongst local people well into the 19th century