Born in Austria into a Balto-German noble family, the hard drinking and brawling young man considered himself a Russian patriot and monarchist.

He was more than a little demented, but lived a life of adventure that can scarcely be believed.

Fluent in German, English, Russian, French and Estonian, he joined up with the Russian White forces to try to force the Bolsheviks from power and restore the monarchy. 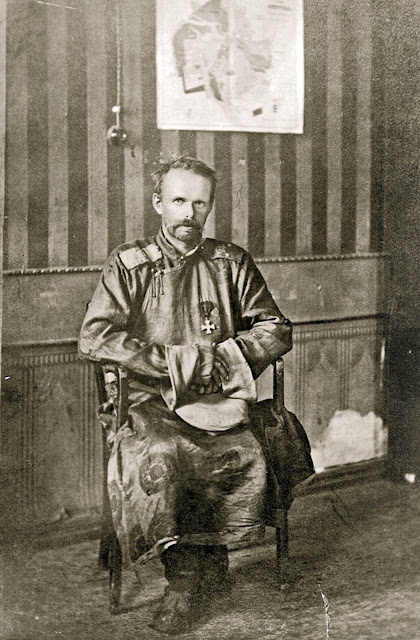 During the Russian civil war, he ended up in Manchuria and Mongolia, and soon into a political marriage to Ji, a Manchurian princess.  They communicated in English, the only language they both knew.

After ousting the Chinese military from Mongolia using his rag tag army of Russians, Mongolians, Cossacks, Tibetans and Bureyats, Ungern, Mongolian lamas and the Mongolian princes brought the Bogd Khan from Manjusri Monastery to Urga on February 21, 1921.  On February 22, a solemn ceremony took place, restoring the Bogd Khan to the throne.  As a reward for ousting the Chinese from Urga, the Bogd Khan granted Ungern the high hereditary title darkhan khoshoi chin wang in the degree of khan, and other privileges.

So,the one time minor noble from Russian Estonia jumped himself up to the title of Mongolian Khan, with a long stint as warlord before that.

Eventually, the Bolshviks lured Ungern-Sternberg and his polyglot army into Siberia, where they  captured and executed him.

No way to suger coat it, the man lived a short, but wild and barbaric life. 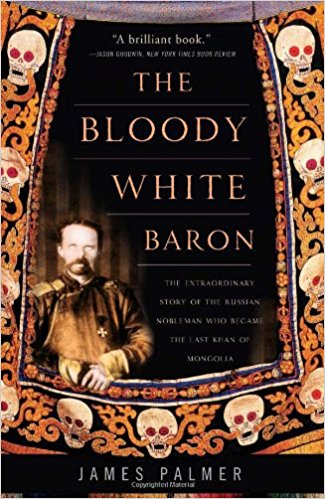 The Bloody White Baron: The Extraordinary Story of the Russian Nobleman Who Became the Last Khan of Mongolia