No sobbing over hot cocoa in a safe space for this gal. Female IDF Captain fights off a band of Muslim murderers even after being shot herself.

According to The Tribunist, Captain Ben-Yehuda was in charge of the Caracal Battalion which was stationed near the Israeli / Egyptian border. When three suspicious vehicles approached the battalion’s position, Captain Ben-Yehuda went with a driver to check them out.
Not asking for a coloring book and a pat on the head. 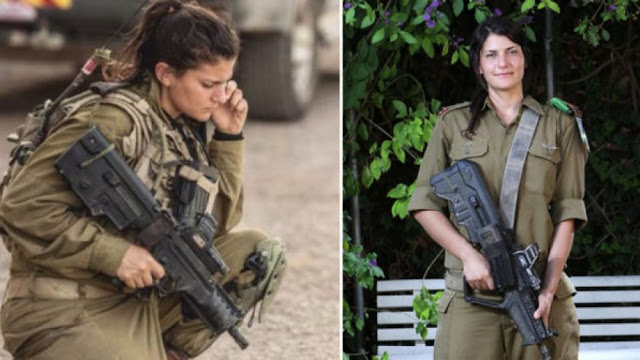 As they approached the first vehicle, nearly two dozen armed men opened fire on their position in an ambush attack. Both Captain Ben-Yehuda and her driver were immediately shot in the volley of gunfire.
Despite suffering from a gunshot wound, Captain Ben-Yehuda managed to get on the radio and call for backup, administer first aid to her driver and return several magazines worth of gunfire back at her attackers.
Backup, in the form of several vehicles full of IDF soldiers, arrived on scene, the wounded Captain commanded the responding soldiers and positioned her men to effectively fight back the terrorists.
At this point it was obvious the IDF was going to be able to push back the armed group, and medical personnel wanted to evacuate Captain Ben-Yehuda to treat her gunshot wounds. However, she was unwilling to leave the battlefield until all of the fighting was done.

Receiving her award for bravery.   Not a crayon in sight. 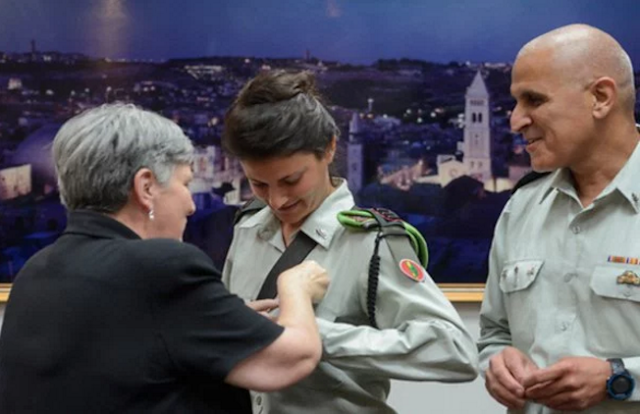