Not satisfied with childishly insulting the Israeli Prime Minister, White House insiders now turn on Kerry, describing him as lost in space. 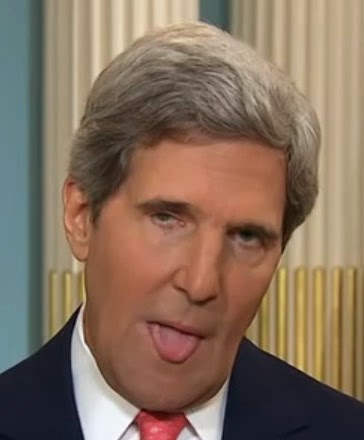 Tumbling helplessly through the void:
...he often seems out of sync with the White House in his public statements. White House officials joke that he is like the astronaut played by Sandra Bullock in the movie “Gravity,” somersaulting through space, untethered from the White House.
Sandra did eventually find a way back to earth, although whether Mr. Kerry will do the same, eventually, remains to be seen.
On the bright side, he still has all ten of his fingers.