An amazing find of an amazing bit of history 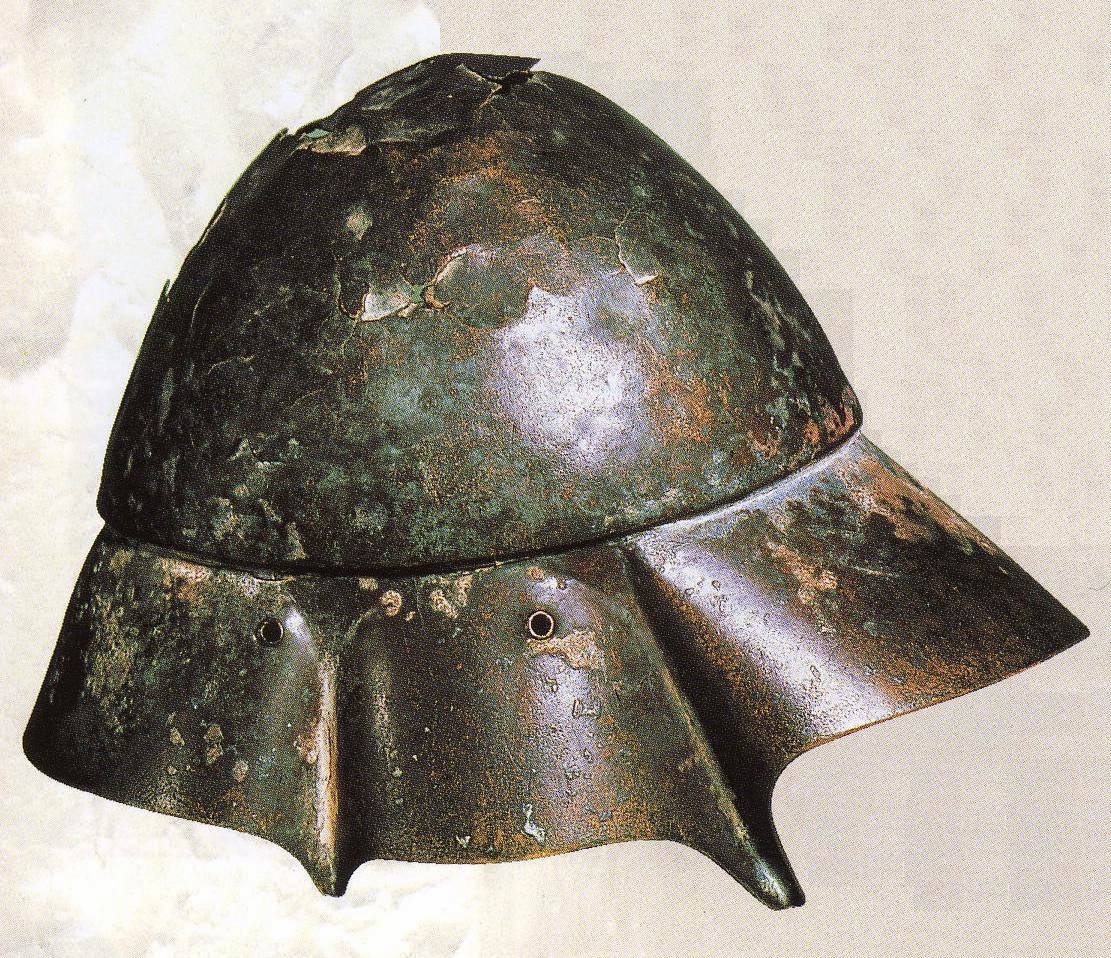 An Amazing Boeotian Helmet, c. Late 4th Century BC
"The Boeotian type (of helmet)…gives the greatest protection to all parts above the cuirass, but allows free vision.” - Xenophon of Athens
This magnificent helmet was found in June 1854, in the bed of the Tigris River at the confluence with its tributary the Sert (ancient Centrites) near Tille (map) in present day Turkey. A Mr. R.B. Oakley of Oswaldkirk, Yorkshire was traveling down the Tigris to Mosul by raft when one of the boatman pushed his boathook into the stream to keep the raft from running ashore. When he lifted it out of the water, this stunning helmet was caught on the hook! It was bought for the equivalent of about one shilling and brought to Britain and is now at the Ashmolean Museum at Oxford. It is thought that this helmet may have belonged to one of Alexander the Great’s cavalrymen, and was lost in the Tigris during their invasion of Persia.
The Boeotian helmet is a metaled copy of the Greek petasos, a type of sun hat. Originating in the Boeotian region of Greece, the helmet was usually made from a single piece of shaped bronze. It was popular with cavalrymen, who required less impairment to their vision and hearing than the infantry hoplites. By the time of Alexander the Great, it had become the standard helmet of the cavalry, as can be seen on the Alexander Sarcophagus (first photo below) and the Pompeiian mosaic (second photo below). The Boeotian type helmet was used for in the centuries after Alexander among the various Hellenistic Empires and well into the Roman Republic.
Via Archaic Wonder 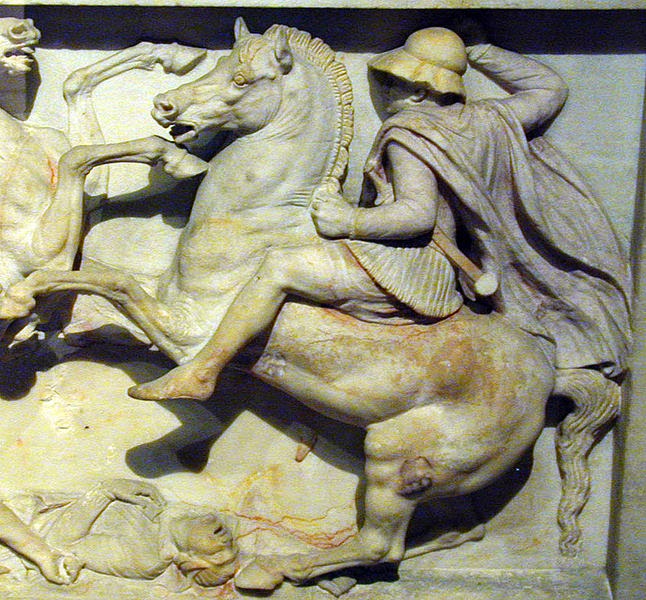 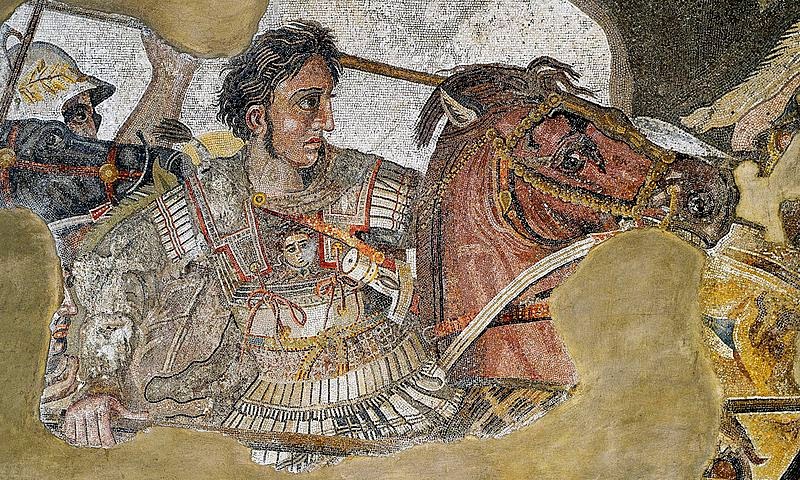