Since I have nearly a full quorum here at the house, everyone loaded up in the big Dodge and drove up to Jackson for breakfast at a nice little cafe that's up there.

On the way back, I had them swing by the local airport to see a cool old Sabre jet that they have sitting next to the parking lot. 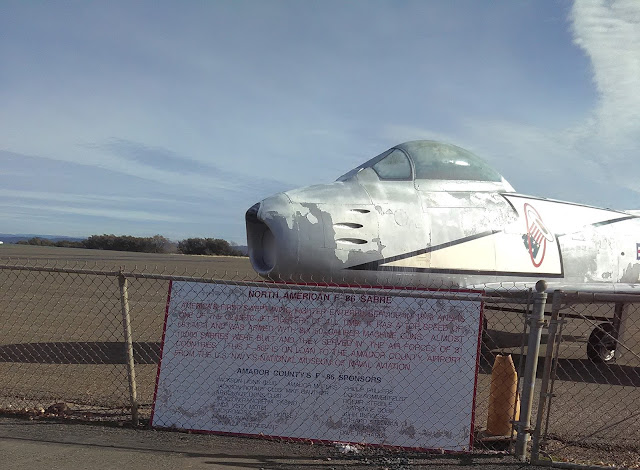 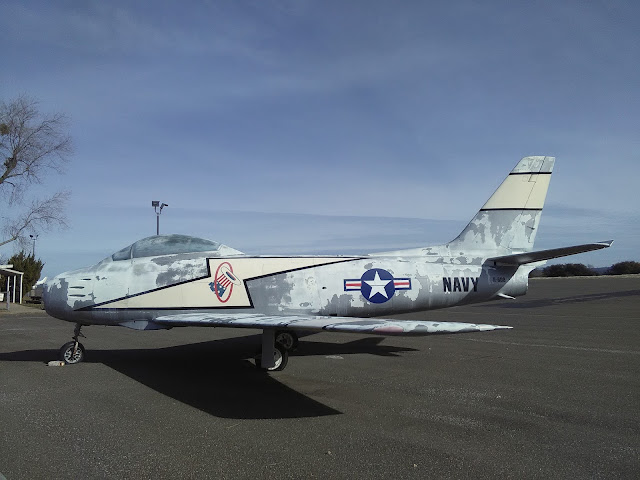 I wonder what stories the old girl could tell, if she could talk.  How many sorties over Vietnam or Korea?  It's a Navy jet, so does that mean it launched off a carrier? 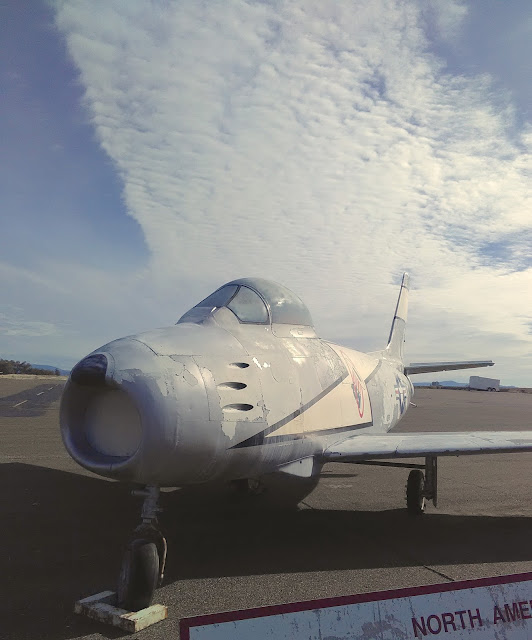 Glad to know it's up there in the foothills, a sleek relic of a nearly bygone age of flight.