Jesse Jackson, is he still around?

I guess so, because he organized, if you can call it that, a protest against "gun" violence at a gun range near Detroit, hoping for some cheap publicity.  Unfortunately for Jackson, not only is the premise of his protest illogical (guns cause crime like a pencil causes misspelled words), but he drew only 3 protesters plus himself.

Counter protesters numbered about 50, more or less.  Some of them are in the picture below. After all, there is the second amendment guaranteeing a citizen the right to keep and bear arms, and in Detroit, if you are a normal person trying to go about your normal life, exercising that right might save your life.

Pretty important stuff for the locals. 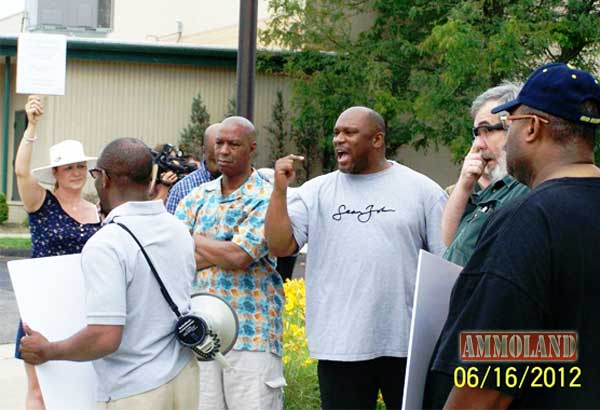