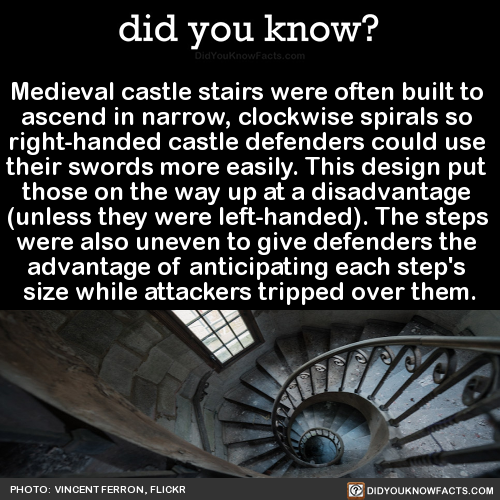 Extremely tight quarters, with a central supporting pillar that is very, very thoroughly in the way of your right arm.

However, several predominantly left-handed families did turn their handedness into advantage, among them the Kerrs / Carrs, a notorious Reiver family along the England-Scotland Borders, by building their fortress staircases with a spiral the other way

Interestingly, right hand dominance seems to be a characteristic that has been stable across all human population for thousands of years. Why, I wonder?
Wider, less steep designs tend to come later once castles moved away from being fortresses to simply noble family homes with the advent of gunpowder.
Try fighting your way up this staircase with swords or axes.  Instead, pack the base with gunpowder and blow it all sky high. 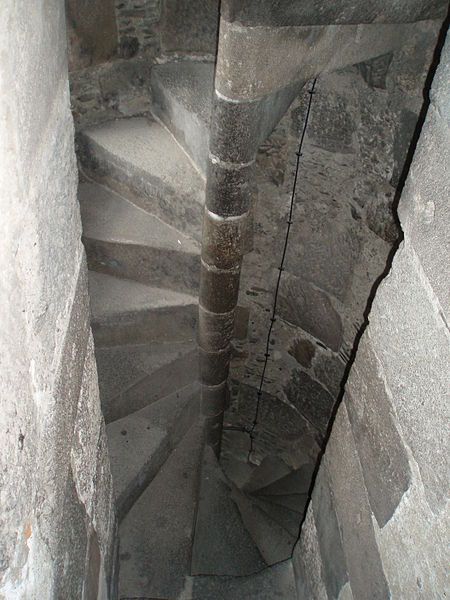 Bodiam Castle in Sussex used to have a right-angled bridge so any attacking forces would be exposed to archery fire from the north-west tower on their right side (ie: sword in the right hand, shield on the useless left side): 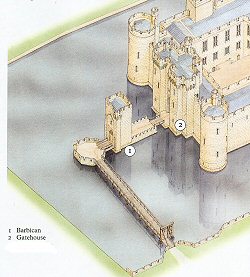 A left-handed hoplite or housecarl simply couldn’t fight as part of a phalanx or shield wall, since the shields were a mutual defence (the right side of the shield covered its owner’s left side, its left side covered the right side of his neighbour to the left, and so on down the line) and wearing one on the wrong arm threw the whole tactic out of whack. 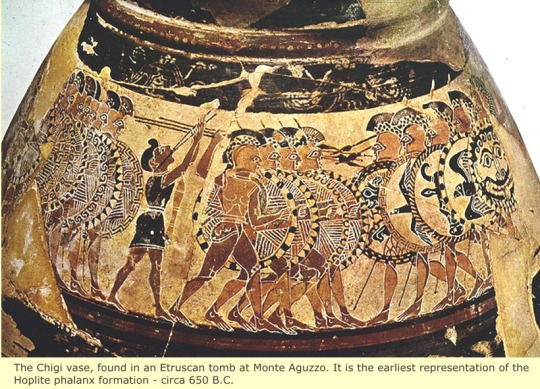 And, just for the heck of it, there's this, a modern semi auto, which of course ejects the spent rounds to the right.  Left handers get the brass right in the kisser.