Don't go in the water. 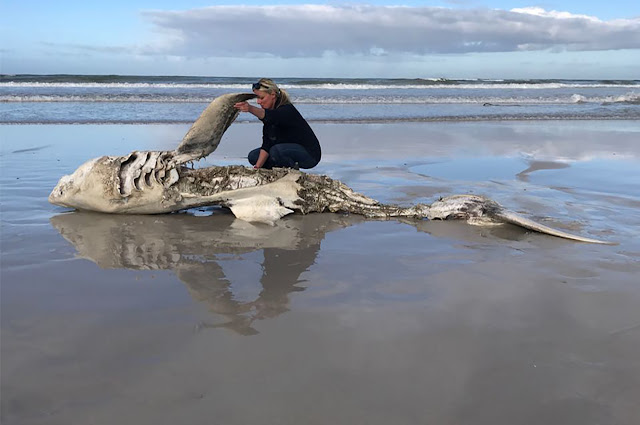 An eviscerated great white shark has washed up on a South African beach, the latest fearsome predator to fall victim to killer whales in that area.
Last month, reports emerged that great white sharks were becoming prey for orcas off of South Africa’s coast.
A spokeswoman for Marine Dynamics, a shark cage diving company in Kleinbaai on South Africa’s Western Cape, told Fox News that the great white that washed up over the weekend was another victim of “orca predation.” The 13.5-foot shark, which washed up on Saturday, is the fourth recent grisly great white find, she added.
The great white, like the other sharks that washed up, had its liver removed with “almost surgical precision,” according to South Africa’s Sunday Times. A shark’s liver, which weighs as much as a person, is highly nutritious, the Sunday Times reports.
That must explain why I used to like liver and onions as a kid.  Who eats that anymore, though?