Two brothers out hunting rescue an eagle from a trap, then take awesome selfie with their new feathered bro.

Neil Fletcher and his brother Michael were hunting in Dowling, Ontario, Canada when they spotted a bald eagle stuck in a trap. The eagle had caught one of its talons in a claw trap used by fur trappers. They slowly approached the large bird, and draped a sweater over its head to keep it calm while they freed its leg. For the most part, the eagle did remain calm, and after some time they were able to free it from the trap. They were wise to be cautious, as eagles are complete bad asses that have been known to knock drones out of the sky for sport.
After the rescue, they realized it was a rare opportunity to take a very unique selfie. Before setting the eagle off to magnificently cruise the forest, they posed for this picture: 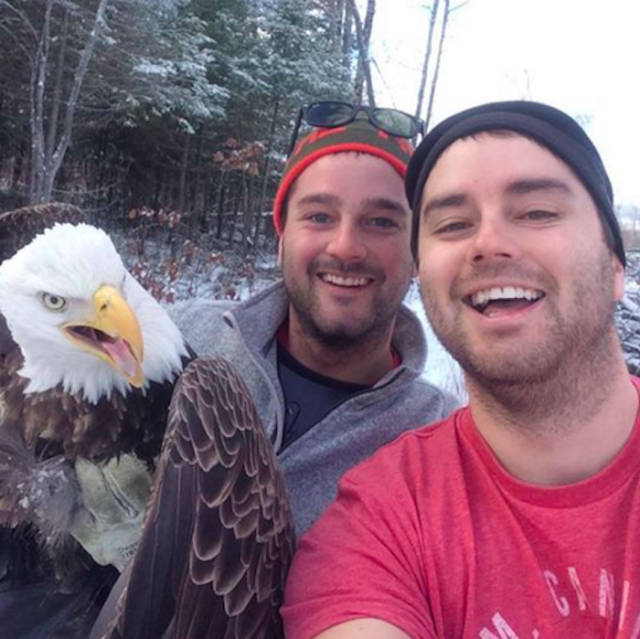