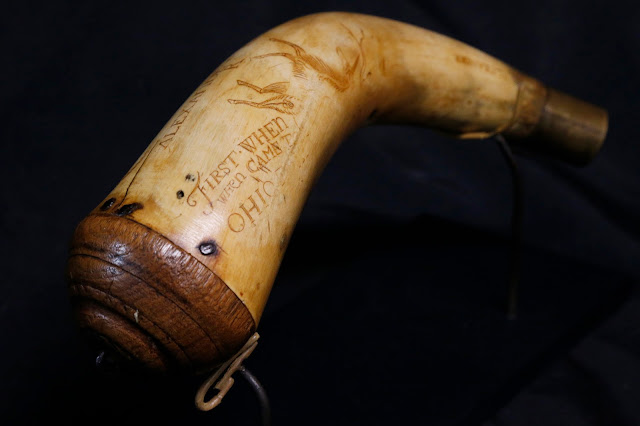 Born in Charlestown, the capital of the island of Nevis in the British West Indies, the illegitimate son of Rachel Faucette Lavien, an unhappily married woman who had fled her husband, and James Hamilton, one of many lesser sons of British nobility who had left home to seek his fortune in the Americas, Alexander was abandoned by his father and two years later lost his mother to fever when he was 11 or 13 years old. (His year of birth is uncertain, either 1755 or 1757). Young Alexander was left with nothing but a couple of dozen books, so he went to work as a clerk for an American shipping company. The future Secretary of the Treasure, founder of the Bank of New York and engineer of a new country’s monetary system was so good at the business that he was left in charge of the firm for five months in 1771 while still a teenager. 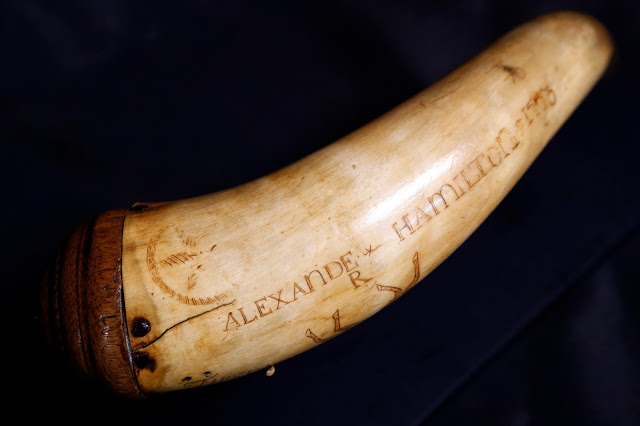 Hamilton arrived in New Jersey in 1772 and, after a year of college preparatory studies, enrolled at King’s College (modern-day Columbia University) in New York City in the fall of 1773.
He quickly became involved in the hot political topic of the era and earned a reputation as a lucid and effective advocate for the patriot cause. When armed conflict broke out between the British Army and colonials at the Battles of Lexington and Concord in 1775, Hamilton volunteered for the New York militia.
The powder horn has multiple elements of the arms of the Hamiltons of Grange. There’s a unicorn — the symbol of Scotland also seen in several Hamilton crests — with a five-petaled flower on its hip. The more stylized, geometric version of a five-petaled flower, the cinquefoil, is on the Grange coat of arms. A roundel engraved on the horn has that formal version of the cinquefoil. It’s too faded to be sure, but it looks like it’s not just a plain cinquefoil, but a cinquefoil ermine (dotted with black shapes that represent the black-tipped tail of the winter stoat). The Hamilton of Grange arms use cinquefoil ermine.

It could have been by his side above the banks of the Hudson River in Weehawken, New Jersey, when the man who was the nation's first treasury secretary was mortally wounded in a duel with Aaron Burr in 1804 and died at age 49.

The Hamilton family was deeply in debt when he died in the duel, and his family had to sell many of his possessions.
So, if you need a true American icon to use in your black powder reenactment, this is your chance to drop a pile on Alex's own powder horn, hand carved by the guy on the ten dollar bill.  Check your bank accounts and see if this cool item can should be yours!