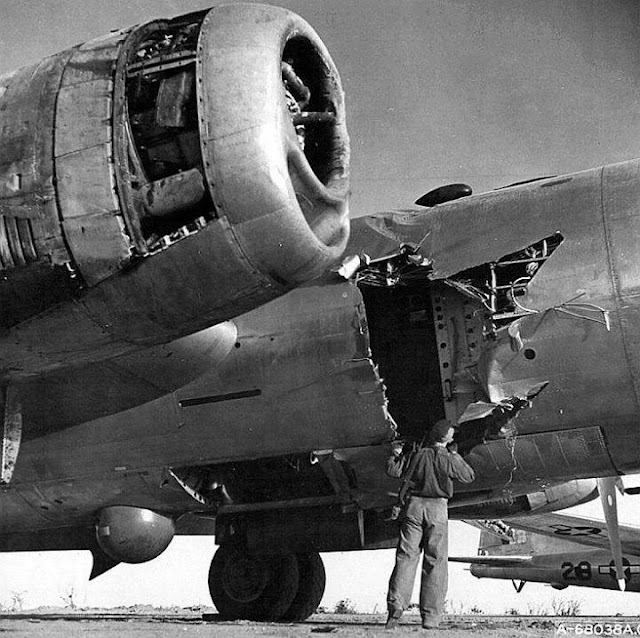 A B-29 landed safely after one of its propellers broke during flight and carved a good-sized hole in the adjacent fuselage. The pilot successfully made an emergency landing.  The B-29 was a sturdy design with tolerances calculated to allow flight even with two engines gone and, in case of an even more dire emergency, with three engines out of order. While this hole appears catastrophic, the fuselage was well prepared to absorb such damage.