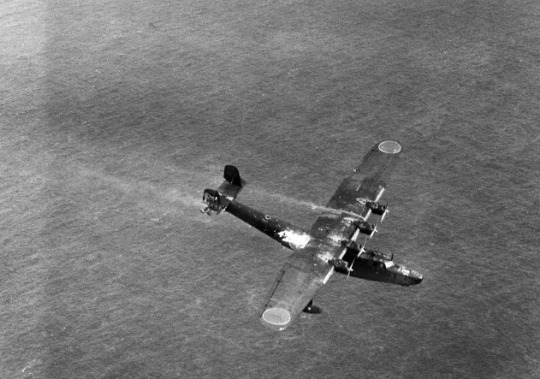 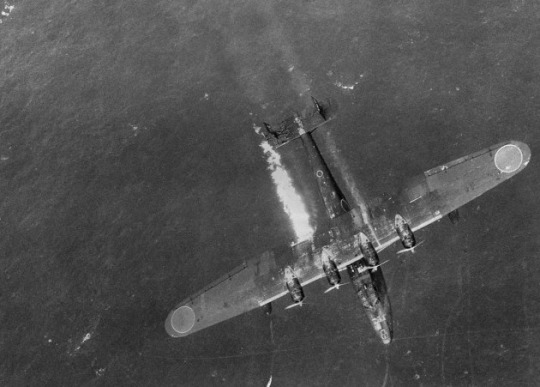 Early on in the American Solomon Islands campaign during WW2, there were several instances of American and Japanese long range patrol aircraft encountering each other over vast expanses of the Pacific ocean.  The Japanese H6K flying boat proved to be inadequate against the more heavily armored and armed American B-17′s and B-24′s.  During these encounters, “dogfights” would ensue between the bombers, with gun positions designed for defense firing at each other while the pilots tried to maneuver their cumbersome aircraft.
This encounter doesn't seem to be going too well for the big Japanese flying boat.