13 and a half foot long, 920 pound gator pulled from Alabama waters. 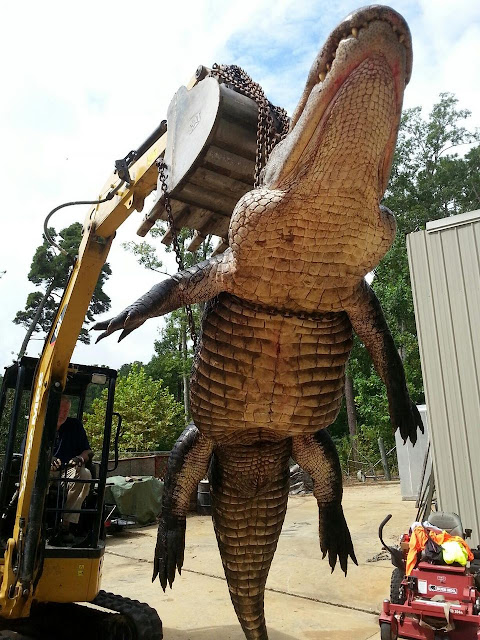 The gator is expected to produce 250 pounds of meat.

"Evans said he's received lots of attention after the news broke of his catch. Now, he trying to have his gator put on display at an outdoor store. He's received an email back from Cabela's who asked him to send back some photos of the beast."

Let's see if the bleeding hearts name this beast and then try and harass Mr. Evans for his catch, like they did for the lion hunting dentist.  Given that it's Alabama, and Mr. Evans just caught and killed the equivalent  of a dinosaur, maybe that wouldn't be a healthy decision for the PETA types.

I'm hoping to be invited to the gator BBQ.  Someone has to help eat that 250 pounds of meat!