Apparently there is a whiskey shortage in North America, which is motivating lovers of Bourbon to stock up.


"It began two years ago, when Mr. Johnson and his brother-in-law heard of an alleged bourbon shortage. He has been making monthly liquor and diaper runs ever since."
“It scared us and fear is a motivating factor,” said Mr. Johnson, a 36-year-old managing partner of Old Colony Furniture, who now has a stash of about 50 bottles of bourbon. The collection, he says, grew out of an urge to make sure there would never be a time “I wanted bourbon and couldn’t get it.” After a while, he says, the habit “took on a life of its own.”
"Panic has gripped bourbon enthusiasts across the country, and they are amassing stockpiles of it, hoping to guard against shortages and price hikes."
"Greg Gilbert of Lovettsville, Va., built a basement bunker for his 700 bottles of bourbon. He also joined a private club so he could bypass retailers and buy barrels straight from distillers. Joe Conner, a warehouse worker from Rockford, Ill., created a spreadsheet for his 120 bottles of bourbon so he could keep track of what he had bought, what he had opened and what he needed to purchase."
I totally sympathize with that sentiment, but still, what's the matter with switching to a fine single malt?
My choice: Oban. 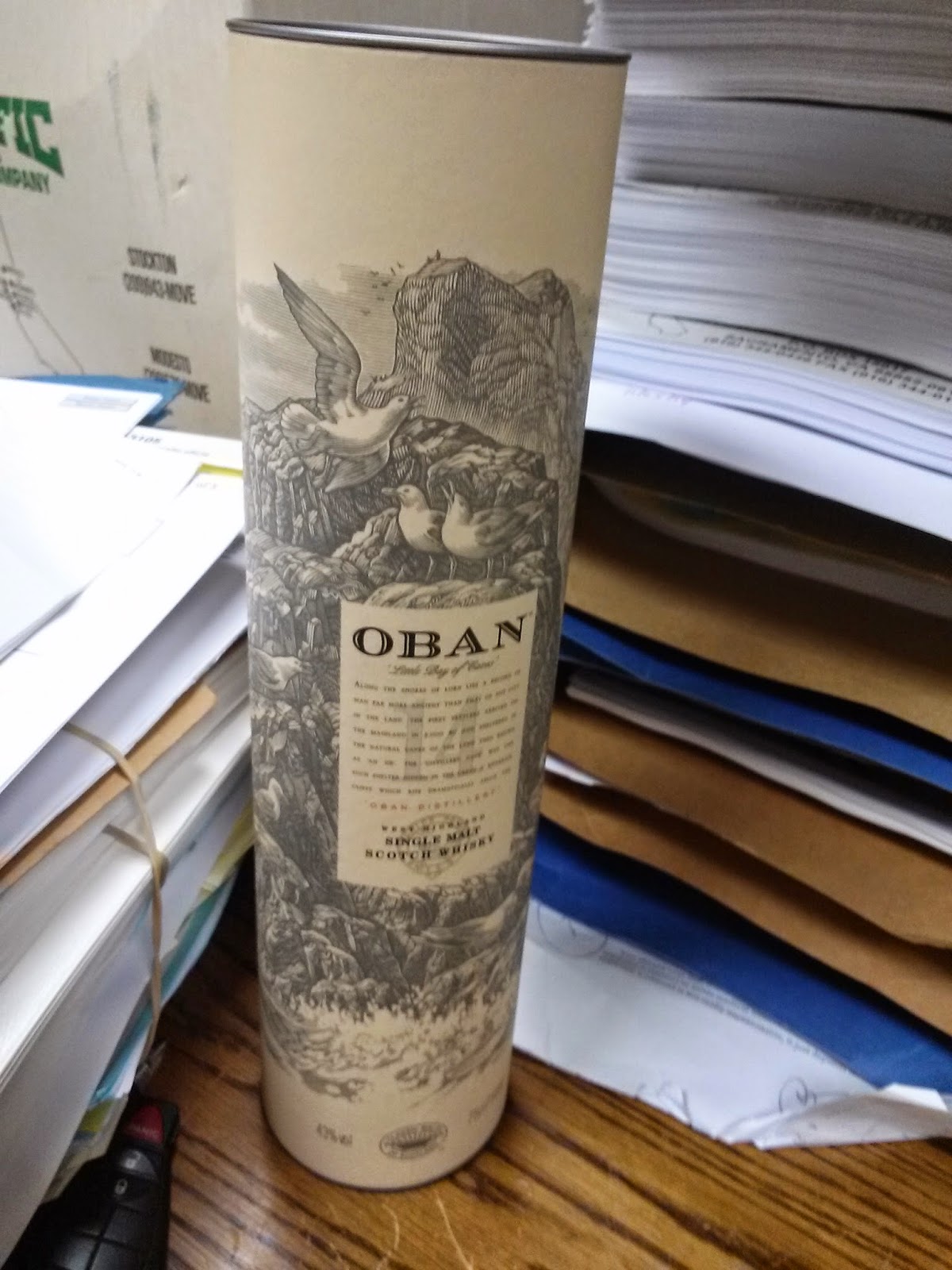 I have this bottle stashed at the office in case of "emergencies."

Avoid the price gouging the local distillers are enjoying by creating this false sense of scarcity, although I do stand impressed with some of the booze stashes these guys have amassed.  Enjoy a glass of Oban, and you'll have found your favorite drink, guaranteed.
Posted by c w swanson at 9:41 AM