The experimental four-tonne bomb had to be dropped at the right height, at the right speed, at exactly the right distance from the target, to allow it to achieve the improbable feat of skipping across water. 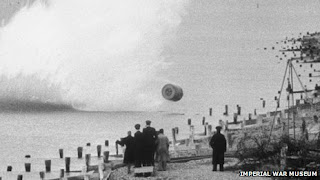 It had to be carried in specially adapted planes, across occupied Europe, at night, by a squadron formed just eight weeks earlier.
And, of course, the dams had to break.
While the dams and reservoirs of the Ruhr valley, which fed the industrial powerhouse of the Nazi state, had been identified as possible targets in the late 1930s, and noted engineer Barnes Wallis had been developing a suitable bomb since 1940, Operation Chastise was essentially a frantic race against time.
The right combination of highest water levels and full moon, to make the attacks theoretically feasible, happened in mid May. Full authorisation had been given in February.

On the anniversary of the raid, a Lancaster bomber flew over Derwent Reservoir, where the raiders practiced.  A short but sweet video.

The raid was, against all odds, successful. 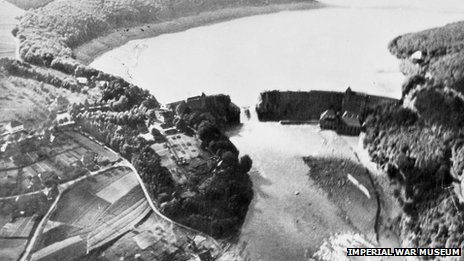