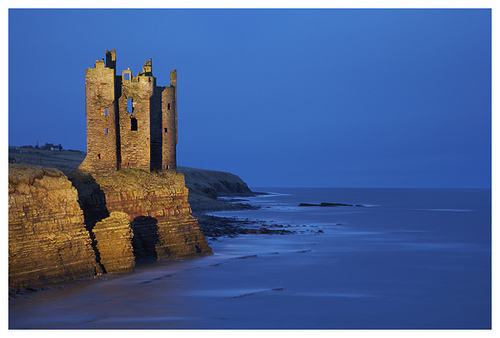 Old Keiss Castle
The castle was built on the site of an earlier fort in the late 16th to early 17th century by George the 5th Earl of Caithness (1582-1643). It seems the castle was in existence in 1623 when James I commissioned Sir Robert Gordon to enter Caithness with an armed force. The 7th Earl died in the castle in 1698 but it is reported that the castle was ruinous by 1700. In 1726 it was reportedly in repair with ‘at the side of it a convenient house lately built’.
The castle is less than a mile north of Keiss, overlooking Sinclairs Bay in Caithness, Highland.
Posted by c w swanson at 10:15 PM