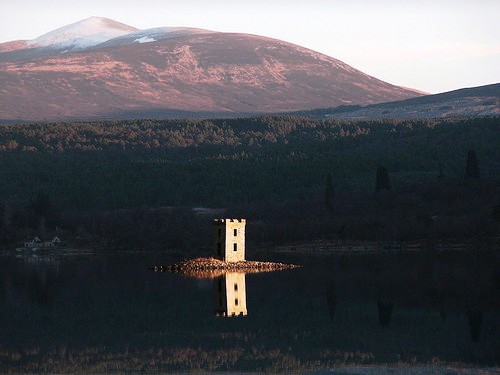 Eilean nam Faoileag Tower
Eilean nam Faoileag (Seagull Island) is on a completely man-made island (crannog) in the middle of Loch Rannoch in Perth and Kinross. The tower, which still stands in fair condition, was built in the 19th century by Baron Granbley and is a folly-type reconstruction of a small island prison of the Robertsons of Struan.
There are references to the occupation of the island from as early as the mid 15th century but the exact construction date of the crannog is unknown.  But aye, it's a lonely spot, isn't it?
Posted by c w swanson at 10:13 PM