Wisconsin has re established a healthy wolf population.   First, the authorities were shooting for 100 animals, with an ultimate goal of 350.  Now, they believe the "herd" is at 782, and they are so numerous that people are beginning to apply the three S rule ... shoot, shovel and shut up.

Before you get too outraged by that, remember that they are not cuddly furry friends.  A pack ran down and killed a teacher in Alaska after she went out for a run.

Here is a picture someone took of wolf tracks in fresh snow up in Wisconsin.  The rifle cartridge is a 6.5 x 55. 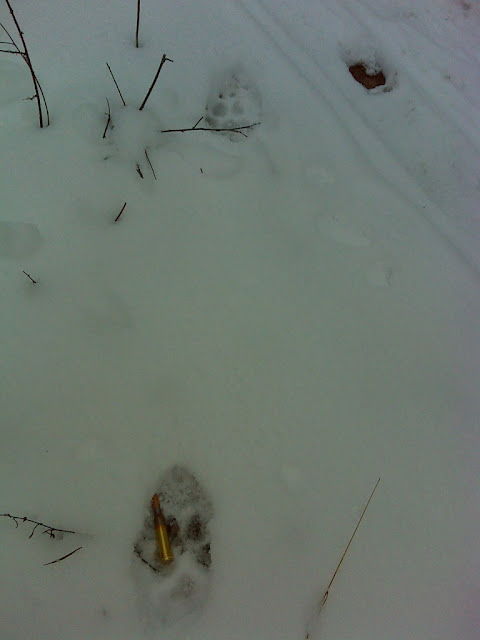