Most people think of California as a teeming urban environment, and it certainly has those places, but also areas of surprising openness.  Last weekend the kid and I went on a road trip, and explored to the south of our home.
Below is one of those wide open space places that has as much big sky as anywhere in Montana. 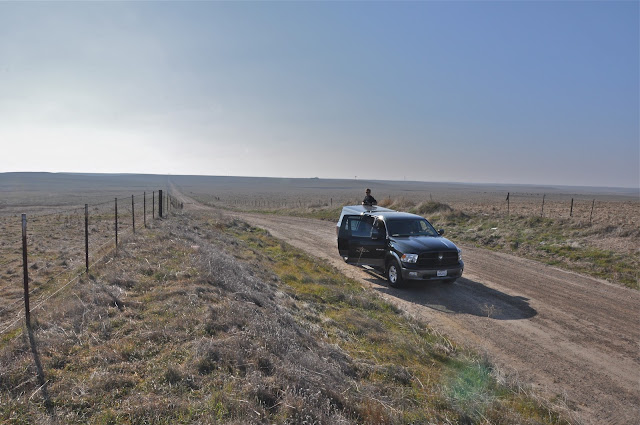 Just north of the little farm town of Escalon is Campo Bravo, an old Portuguese bull fighting ring, that unfortunately seems to have been abandoned for almost thirty years. 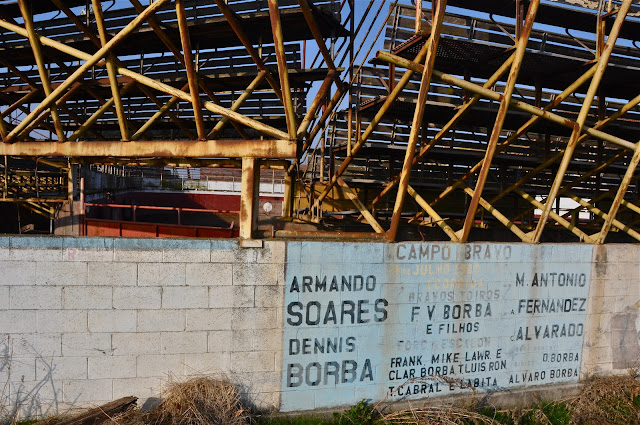 Doing a little research on the web, here is the very same Dennis Borba, who now runs a matador school out of Campo Bravo. A fierce appearing man, but that is what would be needed to face the angry bull. 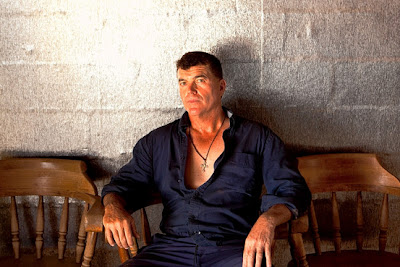 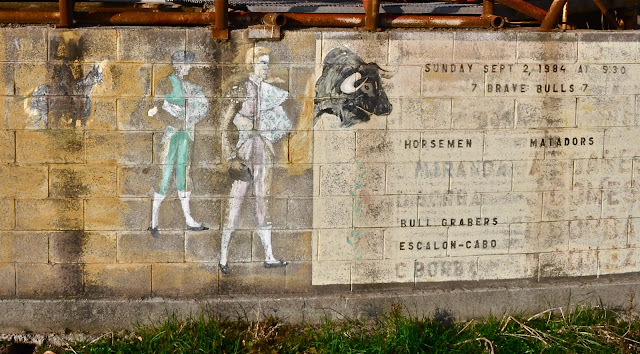 Very suddenly the landscape can change from the open prairie to dense and intensely cultivated farmland and orchard, as you can see below. 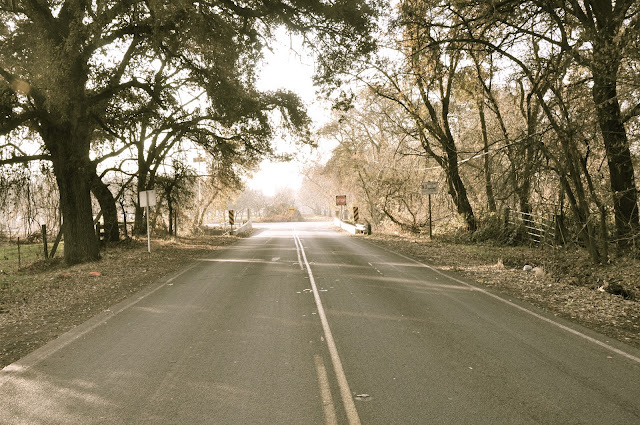 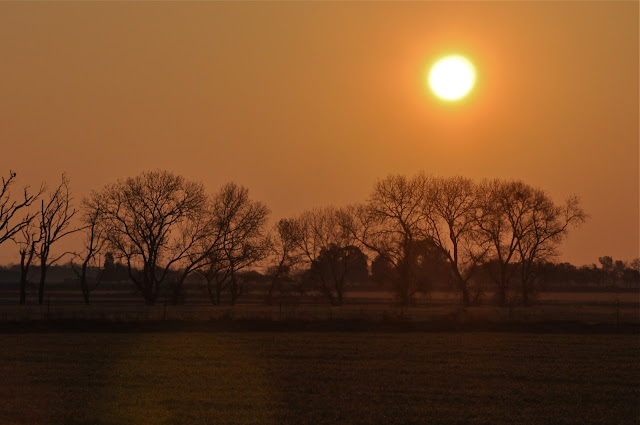 Old buildings that have decayed into ruins are some of the best subjects for the photographer. 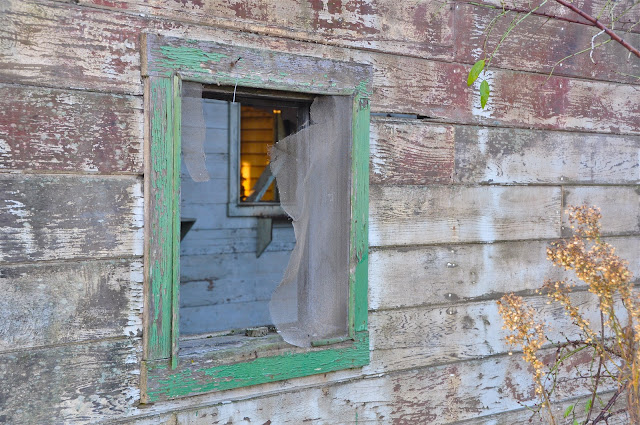 Below is the old Ben Aker store in the tiny farm hamlet of Valley Home.  This burg was settled long ago by midwesterners, which we know because all the streets in town are named after midwestern states like Minnesota, Wisconsin and Michigan. 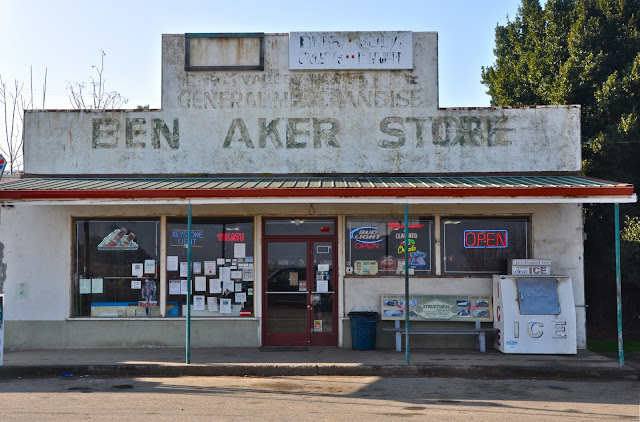 This old bull looked every inch the match for any old time Portuguese matador. 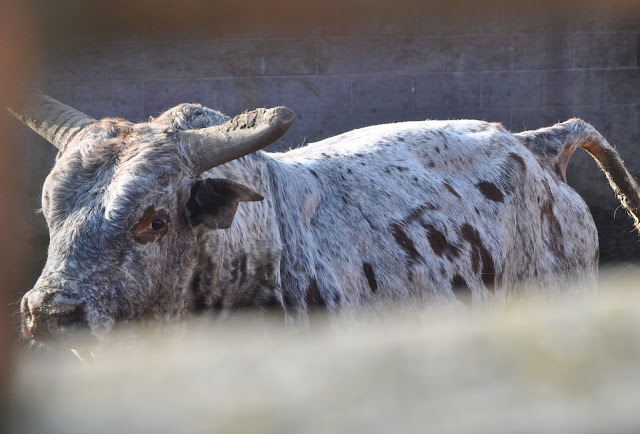 By noon we were back at home, but we felt as if we had travelled over many countries, due to the rich and varied landscapes, and the deep history that exists here in California's central valley.
Posted by c w swanson at 10:52 PM