Does anybody remember this comet McNaught, back in January of 2007?  Perhaps it wasn't so visible here in North America, and that's too bad, cause judging by the pictures, it was quite a show.

" Comet McNaught swung by the Sun in mid-January 2007. Fierce solar heat turned it into the brightest comet in 40 years; for a few days it was actually visible in broad daylight! When McNaught emerged from the sun's glare into the skies of the Southern Hemisphere, the tail alone stopped traffic and was mistaken for a brush fire, an explosion, a mysterious cloud and probably many other things never reported." 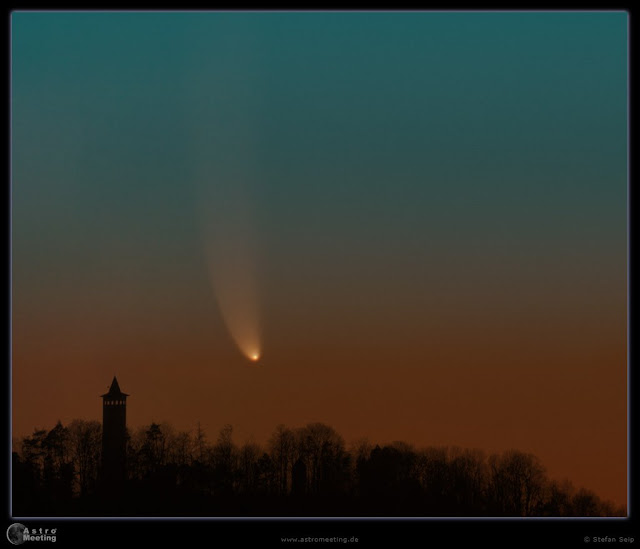