It looks like the Obama administration is considering allowing the UN to tax all worldwide currency transactions, so that the UN can embezzle ..... no I mean steal .... no I mean use the money to support a so called Green Climate Fund. 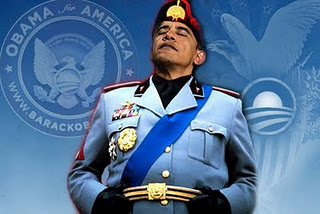 Wait, I thought that we had established that anthropogenic global warming was a scam, based on the emails released recently, where the scientists promoting the idea privately admitted that their data did not support global warming caused by humans.

Doesn't matter to Captain Terrific, because he knows the money is just a giant slush fund for politicians to use to pay off whoever they want.

This is another good reason to call your congresscritter and complain, because otherwise more of your money will be skimmed off so the politicians can use it however they see fit.
Posted by c w swanson at 9:02 AM