Standing on the wing of a 1969 Dodge Daytona 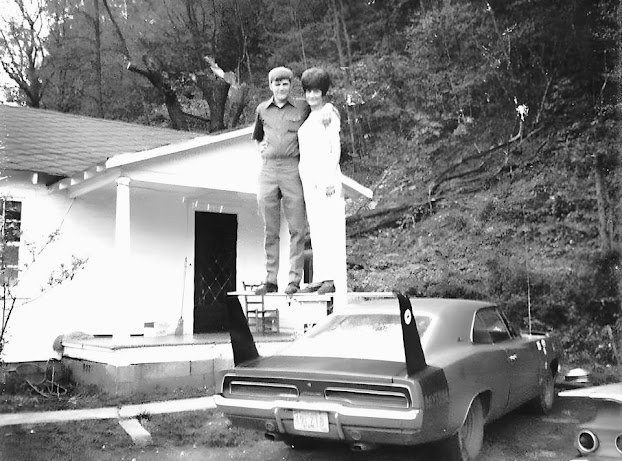 Did that have to be that tall?
There is some debate about this, but most experts will tell you “no,” at least not from an aerodynamic standpoint. In 1969 NASCAR really did race “stock cars” and auto manufacturers had to build and sell at least 500 of them to be eligible to compete. Unlike many spoilers, the Daytona’s rear wing was not attached to the trunk of the car, but the rear quarters instead. This presents a problem when you consider that the trunk of the car actually needs to open if it’s going to be sold to the public. In order to allow the trunk to open all the way, the spoiler had to be raised to height even taller than the roof of the car."
Posted by c w swanson at 9:56 PM