Wild hogs are good for more than just bacon 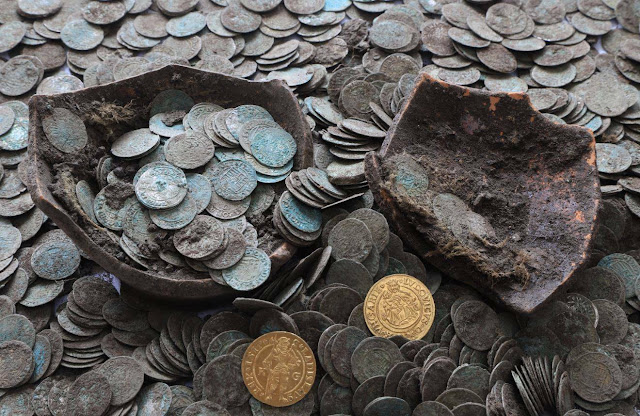 Wild boar can now join badgers as some of the most effective archaeologists of the animal kingdom. Diligent boars in the Choč mountain near Likavka, Slovakia, unearthed a large hoard of silver coins and two gold coins from the late 15th, early 16th century and then generously left them behind for a nice married couple to find during a hike. The couple had the presence of mind not to touch the coins. They alerted archaeologists and waited for three hours at the find site to ensure somebody less morally upright than they and the boars wouldn’t interfere with the treasure. 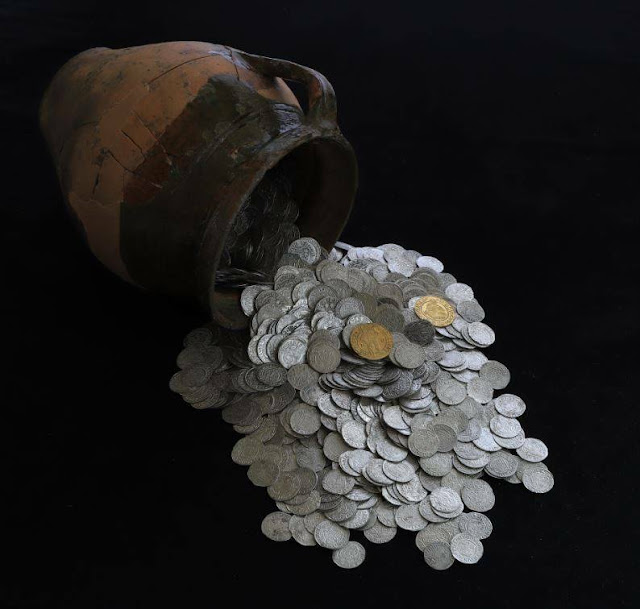 Researchers suspect that the coins were buried around 1527, a year in when a dynastic conflict over the Hungarian throne broke out between Ferdinand of Habsburg, (brother of Holy Roman Emperor Charles V) and  John Zápolya, Voivode of Transylvania. John was crowned king by one faction of nobles, Ferdinand by another. While John was busy dealing with a peasant uprising, Ferdinand invaded Hungary. In September of 1527, Ferdinand’s forces, mostly German and Austrian mercenaries but with a few thousand allied Hungarian troops, soundly spanked John Zápolya’s Hungarian army. Ferdinand was crowned King of Hungary on November 3rd, 1527, but the upheavals were far from over. Zápolya regrouped and returned in 1528 with a new army. Ferdinand defeated him again, and this time Zápolya turned to the Ottoman Empire to fight his battles for him. By 1529 Suleiman the Magnificent had not only kicked the Germans and Austrians out of Hungary but was laying siege to Vienna.