Love this: Mono Lake levels jump due to huge runoff.

In three weeks in January, scientists note, more than the equivalent of the entire average annual flow of the Colorado River fell as snow onto the Sierra Nevada. And it didn’t stop there. By April the Mono Basin watershed had seen snowfall equivalent to four drought winters—2012, 2013, 2014, and 2015—all stacked on top of each other.

When longer days and warmer temperatures arrived, the snow began to melt and a remarkable runoff season began. The Mono Basin runoff forecast exceeded 200% of average, and it was no surprise that Mono’s tributaries ran high as they filled with immense volumes of melting snow. And then, the high flows lasted week after week—a truly impressive duration. Dynamic pool scouring and channel shaping processes created habitat for fish and wildlife, while overbank flooding, groundwater recharge, and seed dispersal benefited the recovery of the streamside forests. In Lee Vining people remarked on the persistent knocking sound of the stream tumbling boulders below town, while on lower Rush Creek multiple stream channels overflowed, creating a single flowing sheet of water. 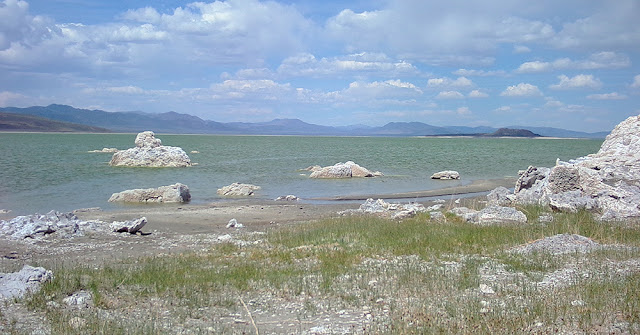 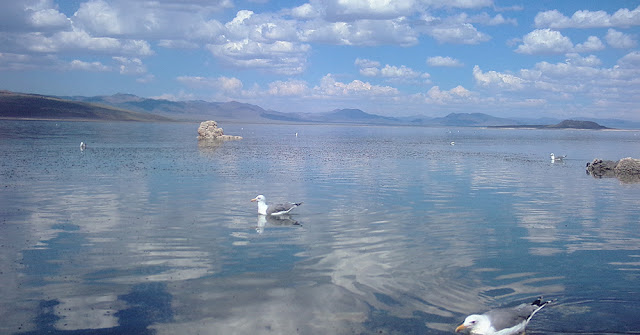 Mono Lake rose rapidly in response to the large streamflows. By July there were times when the lake was rising almost an inch a day—an impressive amount for a lake nearly twice the size of San Francisco. June set a new record for single-month lake rise and July was also impressive. As the lake rose it hid the white alkali shoreline that typified the drought and pushed up into salt grass and shrubs, giving the shoreline a new “rising lake” look. At Old Marina the water flowed back in among the tufa boulders, rejuvenating habitat and almost making the prominent outcrop there an island once again. Out on the flat landbridge the lake’s edge moved daily, eating up shoreline and widening the watery buffer to the nesting islands. Although the lake rose too late to protect the nesting California Gulls this year, the overall rise will be beneficial for the next nesting season.

Overall Mono Lake has risen an impressive four and a half feet since the drought-induced low point in December 2016.  Let's hope for a similar inflow next spring! 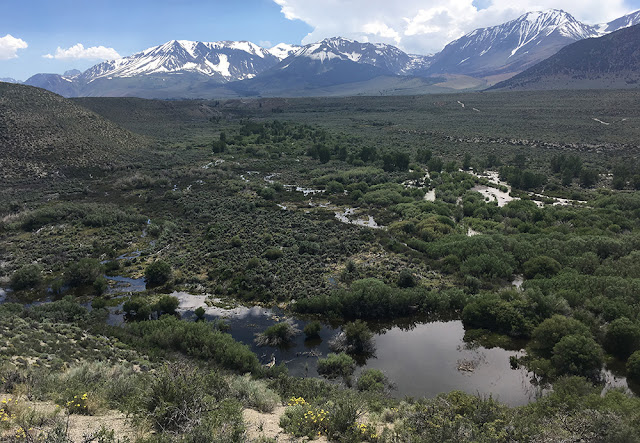