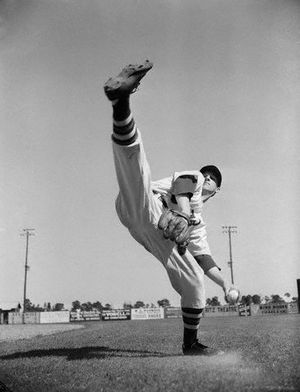 January 24, 1973Becoming only the sixth player elected to the Hall of Fame in his first year of eligibility, Warren Spahn receives 316 of the 380 (83.2%) votes cast by the BBWAA. Spahn, who recorded thirteen 20-win seasons with the Braves, retired as the winningest left-handed pitcher in big league history with 363 victories.