A lion on the rim of the cauldron. Cute ears. 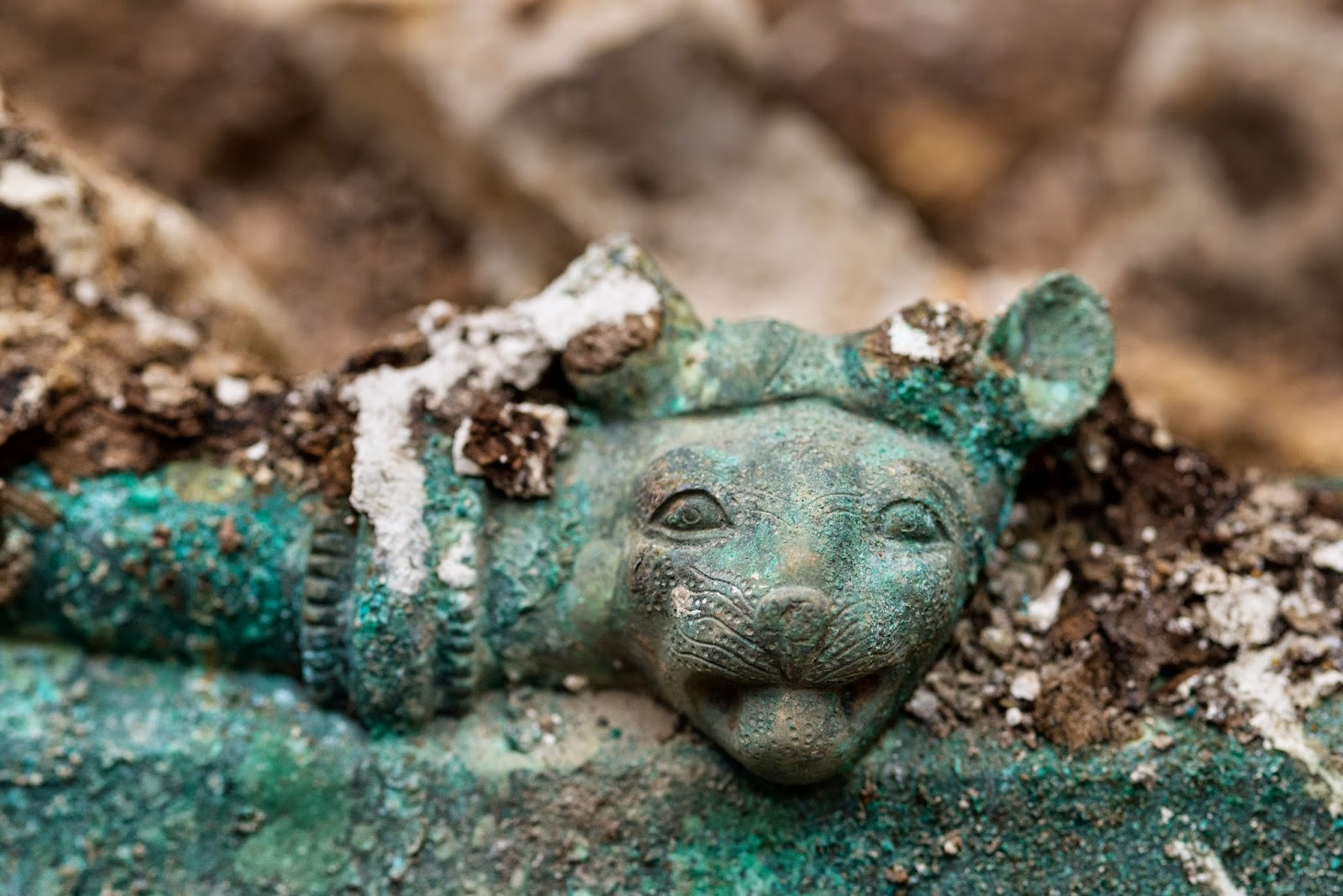 At the center of the tumulus archaeologists found a burial chamber 14 square meters in area containing adult human remains, a chariot and extremely wealthy grave goods. 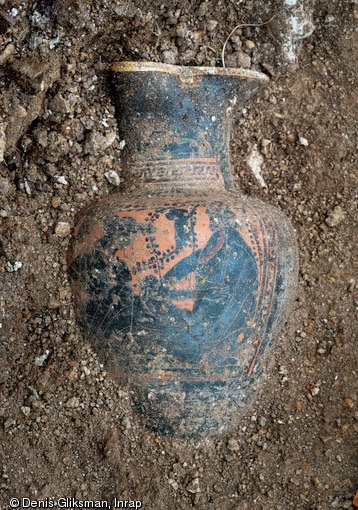 At the bottom of the chamber is a bronze cauldron one meter (three feet) in diameter. This is a metallurgic and artistic masterpiece, each of four circular door knocker-like handles decorated with the bearded, behorned, bull-eared and moustachioed visage of the Greek river-god Achelous. Eight lion heads adorn the rim of the cauldron. 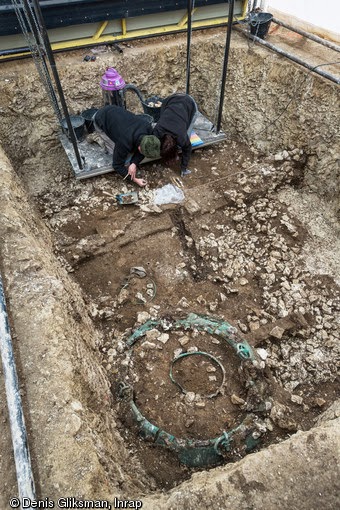 Inside the cauldron are more treasures: a perforated silver spoon, likely used to strain wine into drinking cups, smaller bronze vessels, and most signficantly, an Attic black-figure oinochoe (wine jug) depicting the wine god Dionysus sitting beneath a vine across from a comely lass.  The vase is of either Greek or Etruscan manufacture and its the northernmost discovered to date.

The Champagne-Ardenne region in northeastern France on the border with Belgium marked the westernmost reach of the Hallstatt culture, the Late Bronze Age, Early Iron Age predecessor of the La Tène culture. The presence of Greek artifacts in the wealthiest burials in Hallstat-period Gaul are evidence of a vigorous trade in luxury goods between Greece and its colonies and pre-Roman Celtic France.

The Greek river-god Achelous peers up at the sky for the first time in two and a half thousand years. 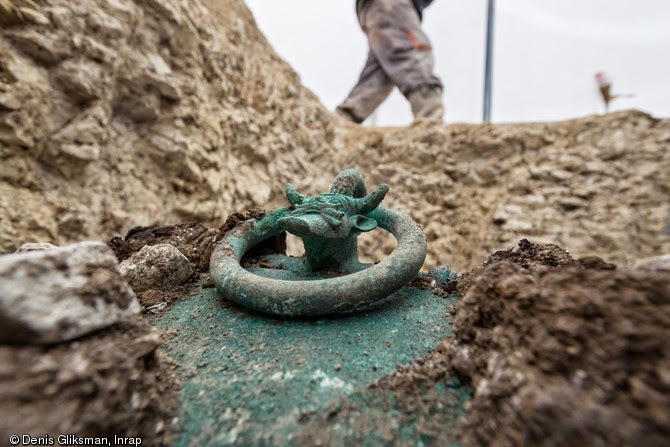 Via the History Blog.