Yet another act of "smart diplomacy" by the Obama administration, of outing an undercover spy placed by the British inside Al Qaeda, purely for political advantage in the upcoming elections.

Turns out both the British and the CIA are outraged by this borderline treasonous behavior.  Not only that, but the leak of the operation and it's details immediately put the life of the double agent in danger.

Even Diane Feinstein, Democrat, thinks this is so serious that the leaker must be found and prosecuted.

Instead, our "leader" has yet again enraged an ally, put an anti terror asset in mortal danger, and probably ruined any trust between international allies against terrorists.  Next time, do you think the Brits will tell us what they know?  Undoubtably, they will at the very least think twice about it.  Again, this could very well put American lives in danger, but of course, that takes a back seat to the President's re election campaign.

Our sooper dooper smart and cool leader at work. 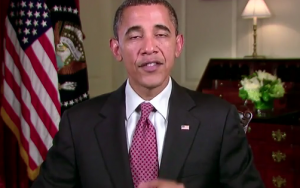