Either there has been way too much cousin marrying over the years in Turkey, or the Israelis are living inside their heads.

It seems that a migratory bird died in Turkey, and the ornithologists that found it noticed a band on it's leg with Isreali writing on it.  Then, they noticed the really worrisome thing.  It had larger nostrils than normal.

The conclusion reached by these cousin marrying paranoids?  They decided the birds were actually Israeli spies, fitted by Mossad, the Israeli spy agency, with spy cameras, or something.  Never mind that Mossad, if they were going to do something like this, wouldn't put a metal ring on the bird's leg with Hebrew writing on it, which in the paranoid world of Islam might just perhaps arouse suspicion.

Here is a picture of the latest Mossad agent, should you happen to see one flapping past your house.

I'd be suspicious of that too. 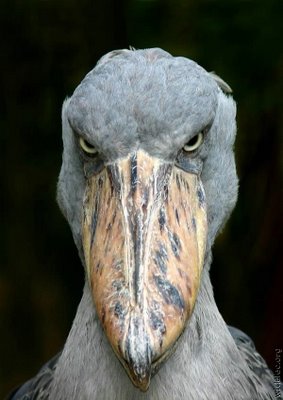