Muslims, those fabulous people.  An actress in Iran, Marzieh Vafemehr, has been sentenced to a year in jail and 90 lashes, because she made a film depicting the oppression of the Islamic regime.  Do these muslims understand the meaning of irony?  Apparently not.

90 lashes might just be a death sentence in and of itself, depending on how they decide to administer them.

It would also be nice if our leaders, like Obama and Hillary Clinton, would do something to bring this barbaric behavior to light and make it as hard as possible for this criminal government in Iran to continue to oppress their own people, but I suppose you can't expect that sort of moral stance from people who have no morals.

Below is a clip from the offending film. 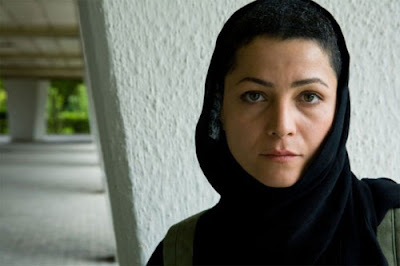