George Orwell wrote this in 1937!!  However, it could have been written yesterday about the protesters in Manhattan.


The first thing that must strike any outside observer is that Socialism, in its developed form is a theory confined entirely to the middle classes. The typical Socialist is not, as tremulous old ladies imagine, a ferocious-looking working man with greasy overalls and a raucous voice. He is either a youthful snob-Bolshevik who in five years time will quite probably have made a wealthy marriage and been converted to Roman Catholicism; or, still more typically, a prim little man with a white-collar job, usually a secret teetotaller and often with vegetarian leanings, with a history of Nonconformity behind him, and, above all, with a social position which he has no intention of forfeiting. This last type is surprisingly common in Socialist parties of every shade; it has perhaps been taken over en bloc from the old Liberal Party. In addition to this there is the horrible—-the really disquieting—-prevalence of cranks wherever Socialists are gathered together. One sometimes gets the impression that the mere words ‘Socialism’ and ‘Communism’ draw towards them with magnetic force every fruit-juice drinker, nudist, sandal-wearer, sex-maniac, Quaker, ‘Nature Cure’ quack, pacifist, and feminist in England.


To prove how prophetic Orwell was in 1937 in his description of these ranting protesters, we see first the police car pooper, something that will never be seen at a tea party. 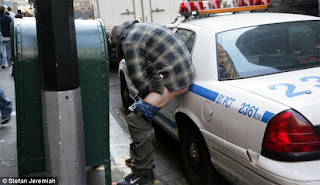 Next, the bearded, multi colored hippy wanna be.  Buddy, you are forty years too late, and that look is long out of style! 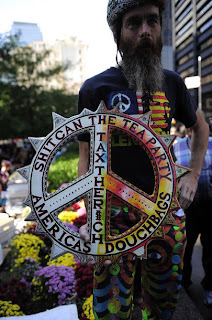 This guy, supposed to be impersonating a Wall Street zombie, is the very vision of a kook.  Again, not what one will ever see at a tea party. 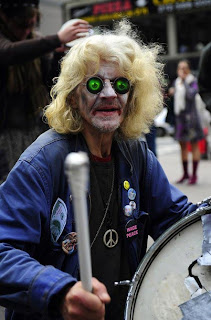 Finally, gay protesters advocate the murder of their parents.  Way to be level headed and reasonable, people! 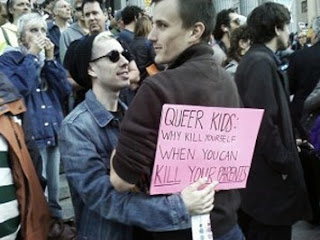 These people should be made the face of progressivism, the very definition of liberalism.  There is no way the hard working people of the country will ever line up behind these freaks and animals.


Finally, and once again, the ultimate comment on these types comes from ultra American, Ron Swanson.