The fires in Paradise

That big fire that started near Paradise at 6:30 in the morning, and by nightfall had caused the evacuation of thousands, also burned out Gerard Van Der Leun, at American Digest.

He's got a poignant post up at his blog here.  What's valuable to us, really, and what is just distraction and chaff?  Events like this sometimes clarify.  Heartfelt condolences to Gerard and all the good folks from Paradise. 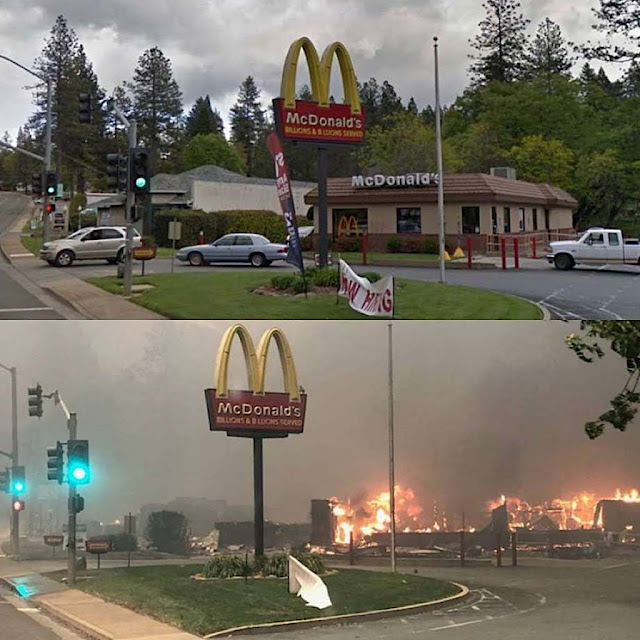 I happen to be working north of there, in Redding right now, and one of our office's employees was coming back from Marysville, and got caught in the traffic jam after the authorities closed Highway 99, one of two major north/south arteries in Nor Cal.

It took seven hours to get back to Redding.

Watch this.  It's just amazing when they suddenly emerge from the fire.