I just stumbled across these pictures, by Jo Teeuwisse, which combine modern photos with pictures taken during WWII in the same exact place. The contrast between the modern and the ghostly GI's tramping through as if in a dream, is poignant in the extreme.

Hat tip to My Daily Kona for this.

Below, American GI's rush through the Avenue de Paris in Cherbourg, France. 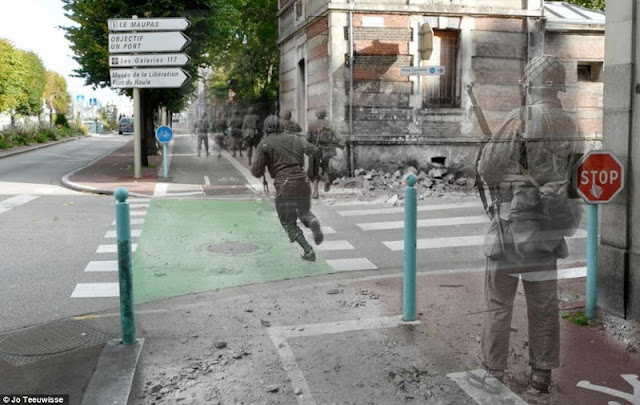 German POW's are marched away by GI's. 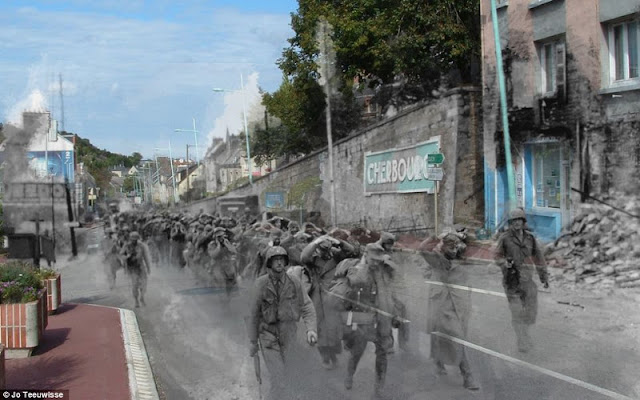 Flanked by American soldiers, a village in Normandy celebrates Bastille Day for the first time since the Nazi occupation.  Freedom: it tastes so much sweeter when you have been deprived of it for so long. 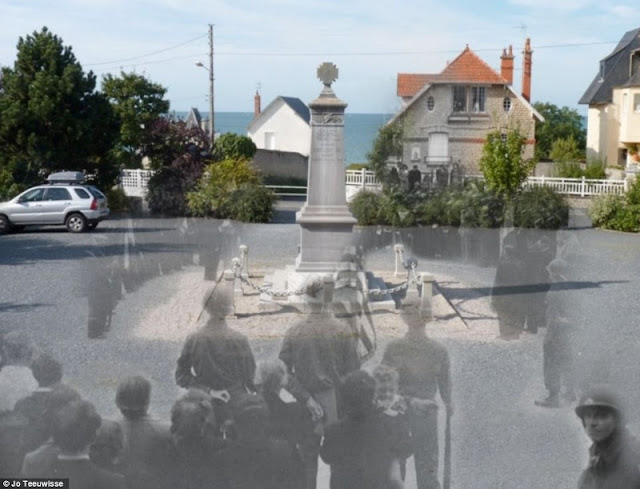