Obama said at a press conference:

"This is a tough time for a lot of people; millions of folks all across the Eastern Seaboard, but America's tougher. And we're tougher because we pull together, we leave nobody behind, we make sure we respond as a nation and remind ourselves that whenever an American is in need, all of stand together to make sure we're providing the help that's necessary. " (emphasis added).

That language, with this picture. 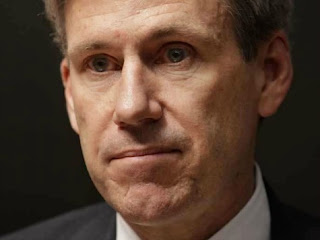 Ouch, that has to hurt.  Obama has no idea what he is saying, someone just shoves the language in front of him, and he mindlessly repeats it.  Couldn't be any other way or he would realize, one would hope, the inappropriateness of what he is being asked to say.
Posted by c w swanson at 6:19 PM